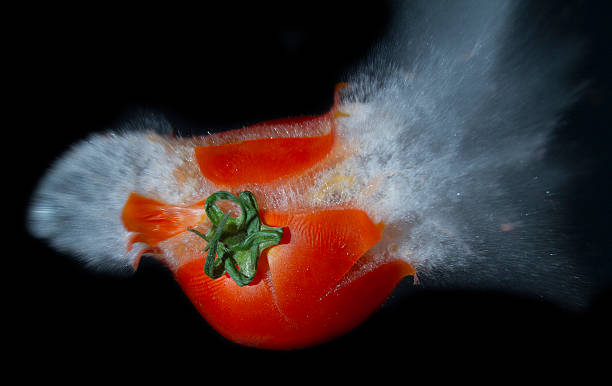 The extreme fluctuations in prices of tomatoes amongst other staples over the last few weeks have induced a weird kind of panic. Yesterday the price of tomatoes was Rs330 in my area, Defence Phase 6, Karachi. Last week it went up to Rs550 per kilo almost everywhere in the city. In between when I checked on Kravemart, one particular variety was selling for Rs197. When I checked last on 7 September it was Rs279 but of course they refused to deliver these particular stocks of tomatoes to Defence. Pandamart on the same day was selling for Rs205 and was willing to deliver to my area, but I had already bought my tomatoes. When I was discussing this yo-yoing of prices with my colleague Ariba Shahid, she mentioned her mother saying tomatoes in Gulshan were for Rs250 per kilo. What? I had just paid Rs400.

That day on the way back from work, I stopped at my vegetable wallah to get stuff for the house, and made it a point to ask him why his tomatoes were more expensive than the ones in Gulshan. I was gearing up for him to tell how substandard those ones must be and how amazing his stock is. Instead, he explained that those must be either from Iran or Afghanistan. I would need a feature story to justify what is happening to Pakistani tomatoes right now and why they are so expensive, but since Abdullah Niazi, Profit’s resident agri-journo is discussing that already, I will stick to discussing how we can work through this, and budget better when the going gets tough.

My cooking lady is someone I have known my whole life and she said ‘let me buy the tomatoes from my area for you’ when the price hit Rs500 in Defence/khadda Market/Clifton. It was cheaper but not that much cheaper in her area. For a while it worked out. When the price fell down to Rs350, I complained that it’s still so expensive. She told me to buy puréed cans which she insisted would cost me less. I’m sure it was less but the difference felt negligible to me at the end of the month.

So then I took my grievances to my best friend who is a celebrated chef, and asked her how she is managing this in all her kitchens. And she gave me a tip that I feel is about to change my life. Once a month she will go to Sabzi Mandi (because she has to go anyway) and will buy me about 10 kilos of tomatoes at Rs100 per kilo. Yes, that is how much it’s costing there right now, if you buy larger quantities, and it is expected to drop further to Rs80.

I think a breakdown here is important to understand why I’m excited about the Mandi. An average household of four family members plus two domestic staffers will consume approximately 350 gms of tomatoes a day in their salan, this averages to about 9.8 kg a month. (I am not taking into account the number of Karahis you decide to make in a month because one such dish for four people requires approximately two kilos of tomatoes.) At Rs250 a kilo it will cost Rs2450 a month. If we’re buying from the Mandi this will cost us Rs980. Therefore, the difference in tomatoes alone is Rs1470. Of course, at this point you will bring up how much petrol will be required to go and come back from there, how expensive petrol has become and how totally stupid this idea is.

Enter community living. If we decide to take turns going to Sabzi Mandi every month and buy things for our close friends, maybe a group of three or four people, we can split the cost of the vegetables and fruits as well as petrol. We all have friends. This is not impossible. This will save us multiple trips to vegetable sellers. I am cognizant of the fact that this would mean depriving vegetable sellers of their earnings, especially those who sell their wares on pushcarts. It is a catch-22 situation isn’t it, and I suppose merits another debate. For now, I am simply trying to figure out how to be an organised, efficient human being. Making one trip to the Mandi for things that can be stored seems to feel like I will have one less thing to worry about. And it will save time in the kitchen; if you’re like me and you don’t cook, it will save your cook/houseboy/housewoman time. All you need to with tomatoes is to puree and then freeze them until your next trip to the Mandi. It is of vital importance to know that it’s not merely tomatoes that can be frozen, it’s so many kitchen staples such as ginger, garlic, okra, spinach amongst many others. Okra will have to be fried first, spinach will have to be blanched. The general rule of thumb is that anything that grows above the ground can be frozen. But this is not a cooking show so you can google all this later if you are interested.

If this still doesn’t make sense to you, and you think the problem will not be solved by these monthly trips let me ask you if you have heard of environmentalist extraordinaire, Tofiq Pasha Mooraj? As an independent farming professional his advice is almost sacred but people don’t seem to be listening. He believes that as a people we don’t have the culture of having processed foods like canned tomatoes. “We don’t have the culture of pickling and conserving our vegetables. If we did this when they are in season and prices are low we could save so much for a time when prices are high. We are the largest producers of milk in the world but we don’t have the riwaaj of making paneer,” he told me. Along with no food processing culture, he adds that we have no storage facilities. “A farmer will have to walk away from his crop when he has a lot because he won’t get anything for it.”

Prices of staples such as tomatoes, onions and potatoes oscillate a lot anyway. It is a seasonal issue. But the highly productive lands that have been destroyed in Sindh will take years to recover. “The floods have wiped out the availability of fresh produce,” he said. So what do we do, I ask plaintively. We have to work as a community, he says. “We can work and start growing in urban areas, semi-rural areas; in this way we can supplement some of the crop that’s supposed to come from farm lands. This will mean imports will be reduced, maybe not by too much, but so what? “Even if it’s a 1000 kilos less, it’s still a 1000 kilos less.”

Both my friend and Mooraj mentioned the green revolution in India and Sri Lanka to me. If everybody grows in their homes, it can amount to so much, they insisted. People can help their neighbours, different people can grow different things and can then barter. The problem will not be solved by freezing tomatoes, (though it is great advice for now and I’m totally following through), or using yoghurt instead, or even cooking foods which don’t require either. It is much bigger, and it is here to stay. Community living is the way to go, it is cheaper, it is greener and it connects us all. One should not have to feel alone in these trying times, especially when you’re hunched over your computer googling ‘tomato prices in Karachi’ to compare prices on Kravemart with those on Pandamart and even Nice store near my place, and the internet with all the ironic humour that it is capable of throws up pictures of the annual Tomatino Festival that just took place in Spain.

Facebook
Twitter
Linkedin
WhatsApp
Email
Previous articleHousing Reconstruction: Building Back Better
Next articleAs JazzCash devours another CEO, where will they go next?