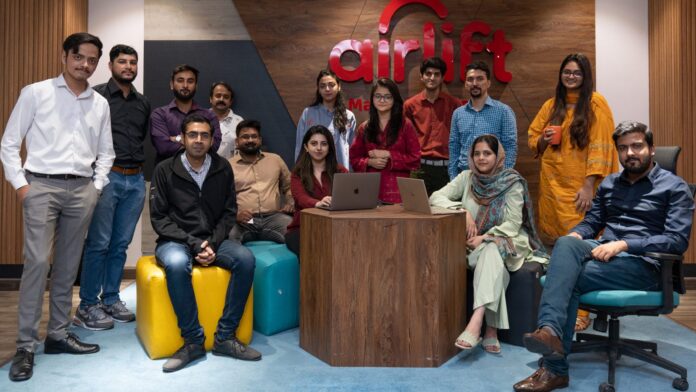 LAHORE: New insights regarding the now defunct Airlift have come to the fore, shedding light on the happenings that led to its shutdown.

Airlift, the former bus hailing startup, the former quick commerce delivery startup, announced a complete shutdown of operations on July 12 this year, after three years of operations and raising north of $100 million in investment. The startup had cited investors backing out from commitments to fund the startup amid a global funding crunch which has prompted startups to shift focus towards self-reliance.

In a recent report published by Bloomberg, founder Usman Gul claimed that “Airlift was not prepared for the shift in sentiment in capital markets.” The report cited Gul as saying that one of Airlift’s mistakes was not to raise more funds last year, when the markets were more favorable.

Gul’s explanation, however, falls short of being the truth because Airlift had been in the process of raising funding last year and in fact one of their founders even claimed having completed a $200 million raise.

“This year, investors’ attention has turned from growth toward earnings potential, bringing startups’ business models under intense scrutiny,” the Bloomberg report noted. “Airlift consequently laid off employees and rolled back operations in South Africa as well as in smaller cities in Pakistan to cut expenses, as it shifted focus from growth to sustainability.”

The report further says that the target size of the said round was reduced and the valuation was lowered.

“The company appeared to have the commitments it needed as it sent the final documents to investors on July 5. But just two days later, things took a turn for the worse. The lead backer delayed sending the money, wanting more investors to wire funds together with it, Gul said, without revealing the main investor’s name,” the report read.

According to Profit’s information, the lead backer is understood to be Ali Mukhtar of Fatima Gobi Ventures, who was investing in personal capacity. According to the report, Gul said that other investors asked for two to three months, citing fears of a global recession and downturn in capital markets.

“Less than a week into the negotiations, Airlift’s coffers had dried up and the company had no option but to wind down its business,” the report said.

At the core of it, Airlift was running a hyper-growth model which could not be sustained in the absence of large funding injections such as the $85 million round. Therefore, it needed backing of investors that could write big checks for various stages of the startup.

In the Bloomberg report, Usman recognised the need of the backing from such investors and that one of their biggest mistakes was “not prioritizing a multi-stage institutional investor.”

“You need that multi-stage institutional investor, someone like Accel or Sequoia, who believes in the project and can write larger checks,” the report reads.

Gul further praised the support it received from its early backers, but said their relatively small size didn’t allow them to invest as much as Airlift required to keep fueling its growth. The company had commitments from previous investors First Round Capital, Indus Valley Capital, Buckley Ventures, 20VC and others for the latest round before it fell apart.

The fundamental reason for investors backing out from the round as well as new investors not willing to invest is the shift in the sentiment of investors who have started asking tough questions surrounding sustainability of the business as VC funding runs dry.

In an earlier report, Profit highlighted that Airlift’s quick commerce business was hanging by a thread, with very little margins and high costs which would not turn profitability anytime soon, contrary to what the founder had been claiming to shareholders. In the absence of big funding injections, it was bound to meet the fate it did.

Airlift’s inability to turn profits was reiterated in a recent report published by Rest of World (RoW) which cited chronic lapses in management and oversight at the startup run by an amateur leadership.

The RoW report noted that “the company’s operations staff, responsible for executing the ambitions of Airlift’s amateur leadership, were allegedly neck-deep in chaos: inventory mismanagement, pricing inefficiencies, and fraud were rampant. Eventually, the growth-at-all-costs model became untenable, and collapsed.”

The report cited an employee expressing dismayal at the startup that was chasing valuation and could not become profitable with all the issues in the running of the company.

“Besides generous compensation and free lunches, the company allowed flexible schedules. You had to send Google Calendar invites to request 10-minute chats — otherwise, you weren’t meant to disturb or be disturbed,” the report cited an employee as saying.

Airlift employees had been getting benefits not available to many in Pakistan’s workforce. For starters, the base salary has been reported to be significantly higher than what the market would pay on average. Then employees were given equity in the company, allowances, lunch provisions, unlimited paid leaves and the costly OPD support – all extremely humane incentives for employees, but on the back of VC funding. The moment external funding disappears, it would risk careers altogether, which happened in the case of Airlift.

At the same time, the company staff, mostly young graduates, were empowered to “make significant financial decisions on their own,” according to the RoW report.

“It was very easy to get new subscriptions online and get into contracts with a company. Like there was little to no control,” the report noted. “We had a lot of power to make decisions — like, I made a deal for $100,000 and all I had to do was send an email to management,” the report cited an employee as saying.

The report further cites at least five former employees who claim that the company was expanding at breakneck speed which came “at a hefty cost and was not executed properly — ultimately contributing to the company’s unraveling.”

“A warehouse in Islamabad, for instance, could cost the company Rs1.7 million (around $10,430 at the time) in average monthly rental and around Rs1 million in monthly electricity bills,” the report said.

The report noted that the rapid expansion of warehouses was excessive and unnecessary, with the company expanding its infrastructure in areas with a small population. “If an area had, for example, a 15,000 population, why was there a need for three warehouses?” the report quoted a warehouse manager as saying.

The report further highlights issues regarding management at these warehouses which lacked “essential business acumen, strategy, and vigilance in the way inventory was managed.” The mismanagement led to wasteful shipments and inventory losses. Employees have further complained of the lack of attention of managers at head offices of the startup towards issues at the warehouses.

At the heart of it, Airlift’s story now seems very much like that of a startup which started off as a stable, established business which went on to become unstable.