Prices have risen by 5pc across all of company’s portfolio 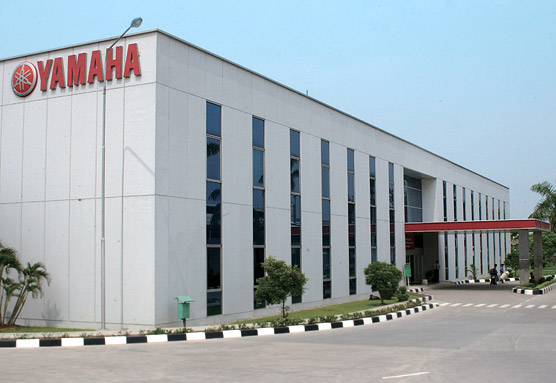 LAHORE: Yamaha Motors Pakistan has introduced its sixth price increase for the year with prices for its entire portfolio having risen by 5 per cent on average.

The new prices are as follows:

The timing for Yamaha’s price increase is very interesting. It comes after a seven day rally by the rupee during which the currency appreciated against the dollar, by Rs 12.42 or 5.18 per cent from Rs 239.71 on September 22 to Rs 227.29 on October 3. Despite the rupee’s depreciation against the USD over the course of September, it actually hit its lowest point on July 28 when the USD had risen to Rs 239.94. Yamaha subsequently introduced a price increase, its previous one, on August 1, to incorporate this foreign exchange rate.

Customers, experts, and onlookers would have assumed that Yamaha had factored in a further deterioration in the rupee for safe measure which would not necessitate further price increases.

This seems to have been an incorrect assumption given this decision, unless the company predicts the local currency to depreciate significantly in the months to come. In Yamaha’s defence, the company did increase their prices by 7 per cent between July and August whereas the rupee depreciated by 16.8 per cent.

However, the caveat to a possible rebuttal where it may have absorbed the forex cost to provide some form of relief to customers is that a 1:1 does not make complete sense because of localisation. A 1 per cent depreciation does not necessitate a 1 per cent increase in the retail price unless Yamaha’s localisation rates are significantly lower than the ones touted by competitors across the industry.

The price increase also comes just under two weeks after the motor company introduced a four-month payment plan with zero per cent markup. Profit had speculated that this plan may be a result of a fall in sales as only 1,261 motorcycles were sold in July and 1,242 in August according to the data they released to the Pakistan Automotive Manufacturers Association (PAMA).

Looking at the decision to increase prices in light of the aforementioned events, it makes it somewhat more understandable. In comparison to its previous price increases, the current one is less likely to impact potential customers due to the favourable financing options Yamaha has provided.

Profit had confirmed with various dealers that despite the company advertising a payment plan of four months, many dealers had taken the liberty to offer a five month plan. Yamaha, however, is most likely aware of this tactic being employed by their dealers to increase volume.

The payment plan therefore not only offsets the complete price impact that will be felt by customers but also incentivises more customers to take advantage of it, particularly given the price of Yamaha’s vehicles now in comparison to the rest of the industry and its apparent proclivity to increase prices.

The payment plan already provided a means to obtain a steady stream of monthly cash flows, but the price increase now provides the cash flows with a higher profit margin to offset the reduced sales. In the situation that the price increase does not serve the aimed objectives, then at the very least, it saves Yamaha the administrative effort of immediately announcing another price increase in case the rupee depreciates again.