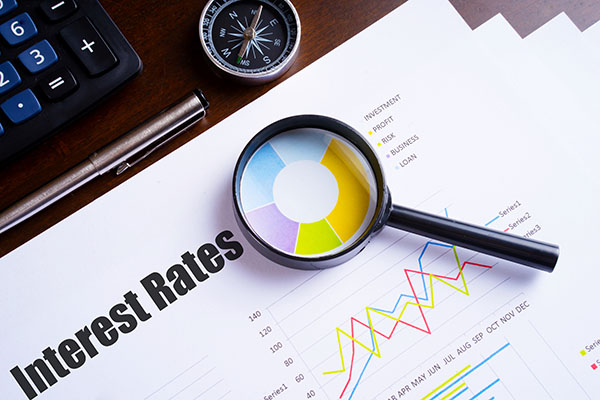 Pakistan is no stranger to debt. It currently has a total debt of Rs 50 trillion, of which roughly Rs 33 trillion is domestic debt denominated in Pakistani rupees, while the remainder is denominated in foreign currencies. The government continues to run recurring deficits, and rarely has there been a year in the last three decades that we have had a surplus. In-effect, our expenditures remain consistently greater than our revenues.

So how do we fund out deficits? We fund our deficits by borrowing from the market, and by paying an interest rate. The people of Pakistan are essentially depositors in banks. These banks then use those deposits to either lend to the private sector, or the public sector. During the last decade, the share of the sovereign and the public sector has significantly increased, as they now make up more than 70% of total assets of the banking system. The sovereign has essentially crowded out the private sector by following a strategy of running perceptual deficits.

If hypothetically, and magically, we do move towards an interest-free economy, how exactly will the sovereign fund its operations? One is hard pressed to find anyone who would be willing to lend capital to the sovereign to run its affairs at zero interest rate, or for free. It is a nice thing to have, but not something that one can have. Developed economies flirted with zero interest rate, and even negative interest rates during the last decade, but that eventually led to massive monetary expansion which led to a significant uptick in inflation across the board.

As long as we keep borrowing to run our affairs, moving towards an interest-free economy will remain a pipe dream. There is, however, a possibility that there will be an eventual conversion of all commercial banks in the country onto Islamic banks. We may see a roadmap, and even some progress as well. We may even start calling interest rates ‘profit rates’, and pretend it’s all kosher. However, there remains a significant shortage of assets that can be deemed shariah-compliant, which the banks can then redeploy their capital towards.

As the sovereign makes up almost 70% of all banking assets, it is not possible to convert all these assets into shariah-compliant assets. A pre-existing condition of a shariah-compliant asset is that it needs to be backed by some physical and tangible asset. However, most securities that are issued by the sovereign to raise debt have no physical asset underlying that instrument, other than the promise of the sovereign that it is going to pay back whatever it has borrowed.

A transition towards an interest-free economy isn’t really happening, especially not under the current macroeconomic circumstances. The conversations about transition are more of a populist play, or to assuage certain sections of the society. We may see some change in nomenclature, wherein how we refer to banking transactions, and spin a more shariah-compliant version of the same. However, if purely economic fundamentals are considered, it may not be possible.

Nevertheless, if we undergo massive structural reforms that result in substantial flow of funds into the banking system, and the demand for funds eliminates from the sovereign as it starts posting surpluses, we may see the market price of funds, or the interest come down close to zero.  Considering how our economy has been managed in the last seven decades, and how there is more focus on populist slogans than actual economic policy making, there is little to no chance of actual structural reforms happening anytime soon.