On the precipice of registration, the industry is at a standstill as it waits for the Assembly to discuss the agenda item 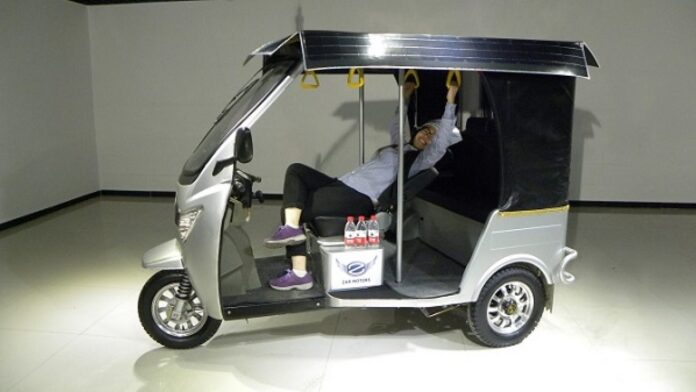 LAHORE: The Government of Punjab Excise has in principle greenlit the registration of electric rickshaws through the Punjab Cabinet’s approval of a summary forwarded to them by Excise Taxation & Narcotics Control Department. The approval, however, has not manifested into electric rickshaw manufacturers being able to have their vehicles registered because the Punjab Assembly has yet to debate the matter despite it being an agenda item.

“Currently the biggest hurdle we face is that the provinces are not allowing the registration of electric three-wheelers. This is quite bizarre as there is a federal electric policy in place yet our customers still face registration issues.” Ammar Hameed, Director at Sazgaar Engineering Works, told Profit.

There are close to one million three- wheelers manufactured by over 45 automobile manufacturers in Pakistan, and electric rickshaws provide an opportunity to reset the entire market. “Internal combustion engines cannot be converted to electric. Simple as that. It’s not a conversion issue. You cannot put electrons in a carburetor and say that this will henceforth run on electricity. You will need to build a proper electric vehicle.” Hasan Mian, Founder and CEO of YES Electromotive, told Profit. However, for any of the 45 manufacturers to act on this opportunity, the Government will first need to allow the registration of electric three wheelers.

Why does the matter need to be debated by the Punjab Assembly?

Subsequently, the Excise and Taxation Department moved a summary on the matter to amend the law to allow registration. It has been approved by the Cabinet and is with the Assembly. It’s been marked as an agenda item to the requisite Standing Committee. It will be debated upon, and then come back to the Assembly for voting. Once approved, the definition of electric vehicles will be added to the aforementioned legislation and thereupon the Punjab Transport Department will issue manufacturing licenses and registration will begin.” Akram continued.

When can we expect the Punjab Assembly to debate the matter? “The session can occur at any time. It could happen tomorrow, next month, whenever. It is their prerogative as to when they conduct the session. Akram told Profit. “However, it is the priority of all governments to incentivize all forms of electric vehicles. All the Departments are doing something to promote electric vehicles under the domain of the federal policy. It would be encouraging for us as well to see additional manufacturers enter this space.” Akram continued.

Can electric rickshaws take off?

Pursuing electrification in the two and three wheeler markets is a no brainer. It’s price point is such that nobody is willing to buy an imported two wheeler or three wheeler. I mean except a very small percentage. We will have to manufacture these locally whenever we do decide to pursue them. Dr Naveed Arshad, Assistant Professor at LUMS, told Profit when asked about the matter.

“The electric three wheeler market is the most ripe market right now for electrification. You can potentially convert a large proportion of the traditional three wheelers to electric in a short span of time.” Arshad continued.

Can electric rickshaws take-off in Pakistan’s market then? Read next week’s edition of Profit Magazine on Monday to find our answer to this question.