The generation that laid the foundations for the first 75 years of Pakistan is gone. It is time for the architects of the next 75 to step-up and show their mettle 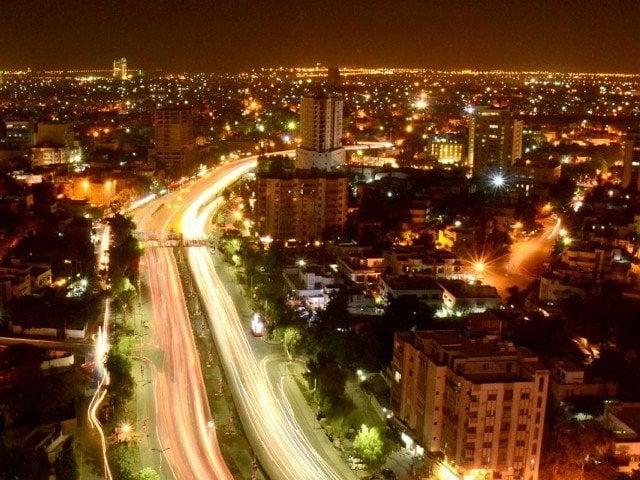 In the next decade, something monumental will happen. Somewhere either in a noisy Lahore suburb, a quiet village in interior Sindh, or the walled city of Peshawar the last person that was a full-grown, legal, adult at the time of partition will breathe their last.

And with that, the generation that was to have built Pakistan will die out. Anyone that was at least 18 years old when Pakistan gained independence is currently 93. The young men and women we are talking about were to shape Pakistan. These were the first doctors, lawyers, civil servants, soldiers, farmers, businessmen, and political leaders that were native to Pakistan. Their efforts were to determine the course the fledgling nation would inevitably chart.

So let us, for a moment, take stock of the efforts of this near-extinct generation. In their very first mission it must be said that they have succeeded. Pakistan today is an undeniable reality and an inextricable part of the global world order. This longevity was not always guaranteed, and at least for the first decade the very existence of the world’s first independent Muslim state was doubtful.

Yet beyond this very obvious exercise in perseverance, there is little else to show for. Democracy has failed to take root, with military rulers exercising de facto and de jure rule for 32 years. More than half of the country was lost in 1971 with the independence of Bangladesh. Social turmoil, a bad relationship with debt, a boom-and-bust economy, and a tired political system have all been part of the package.

In this time, there have been isolated moments of national and individual brilliance. Sporting achievements such as the 1992 cricket world cup and Pakistan’s dominance in the world of squash thanks to the three Khans comes to mind. Nobel Laureates such as Dr Abdus Salam and Malala Yousafzai have been sources of pride and inspiration. There have also been notable political victories, such as the passing of the 1973 constitution and the 18th amendment to that constitution in 2008. Yet for the large part, the highs have been few and far between while the lows have been abysmal and regular.

As we face the sobering reality of this lost generation, it is worth looking at what the future will look like. The men and women that laid the foundation of the first 75 years of the Islamic Republic of Pakistan are gone. We imagine very few of them will be satisfied with where this country stands. Some of the problems they faced are the ones we continue to be saddled with. Others are unique global challenges such as climate change that those before us had the luxury of ignoring. It is now for this generation to make what they will of the next 75 years.

Pakistan’s Human Development Index value for 2021 is 0.544— which puts the country in the Low human development category—positioning it at 161 out of 191 countries and territories. Between 1990 and 2021, Pakistan’s HDI value changed from 0.400 to 0.544, a change of 36.0 percent. The great irony of this, of course, is the fact that this index on which Pakistan finds itself slipping fast was in fact developed by a Pakistani — Dr Mahbub ul Haq, who created HDI in 1990. The index was then used to measure the development of countries by the United Nations Development Program (UNDP).

Meanwhile, on the Gender Development Index (GDI), which measures gender gaps in achievements in three basic dimensions of human development: health, education, and standard of living, shows a massive gap. The 2021 female HDI value for Pakistan is 0.471 in contrast with 0.582 for males, resulting in a GDI value of 0.810, placing it into Group 5, making it part of an unenviable group of countries that includes Ethiopia, South Sudan, and Afghanistan. Meanwhile on the Gender Inequality Index, Pakistan ranks 135 out of 170 countries.

In 2021, the World Justice Project’s Rule of Law Index ranked Pakistan 130 out of 139 countries. Pakistan ranked second-last in South Asian countries behind the likes of  Nepal, Sri Lanka, India, and Bangladesh. Only Afghanistan was ranked lower. In particular, the report showed Pakistan doing badly in the areas of corruption, fundamental rights, order and security and regulatory enforcement.

Just this year, Pakistan fell by 12 places on an index of media freedom. Pakistan was 145th on the 2021 index and fell to 157th on a list of 180 countries in 2022. The report noted that despite changes in political power, “a recurring theme is apparent: political parties in opposition support press freedom but are first to restrict it when in power”. The report also claimed that the “coverage of military and intelligence agency interference in politics has become off limits for journalists”.

On the economic front, matters have not been much better. Earlier this year, Pakistan’s inflation accelerated for a sixth straight month to hit a fresh record in August, with the deadly floods risk jolting prices further.

The crisis we face

None of the indicators paint a pretty picture. Human development in Pakistan has taken beating after beating. Political turmoil has left the country without any stable government, making the government of Pakistan a dodgy business partner. Consistent security failures and the inability to protect our own citizens means that the possible potential of Pakistan as a tourist destination, something other South Asian countries like Malaysia, Thailand, Vietnam, and Indonesia have done successfully, has been squandered.

And on top of all of this, Pakistan now faces the major crisis of climate change — which is perhaps the single most relevant and dangerous threat to our national well-being. According to the Center for Global Development, developed countries are responsible for 79% of historical carbon emissions. Yet studies have shown that residents in least developed countries have 10 times more chances of being affected by these climate disasters than those in wealthy countries. Further, critical views have it that it would take over a 100 years for lower income countries to attain the resiliency of developed countries. Unfortunately, the Global South is surrounded by a myriad of socio-economic and environmental factors limiting their fight against the climate crisis.

This has been illustrated in painful detail this year, when climate change resulted in a gargantuan increase in the amount of monsoon rainfall that Sindh and Balochistan have seen this year. The two provinces saw the highest amount of water fall from the skies in living memory, recording 522 and 469 per cent more than the normal downpour.

All in all, according to the latest report of the Post-Disaster Needs Assessment (PDNA), Pakistan needs at least $16.3 billion for post-flood rehabilitation and reconstruction. The PDNA report, released by the representatives of the government and the international development institutions, calculated the cost of floods at $30.1 billion – $14.9 billion in damages and $15.2 billion in losses.

Earlier this year, an event by the name of #TheNext75 was organised by the Engro Corporation under their new [email protected] platform. The platform is an interesting initiative from a corporation that is considered a responsible organisation. The platform aimed to bring thought leaders, changemakers, and futurists to share ideas and personal stories that may help to solve some of Pakistan’s most pressing issues.

During the #TheNext75, a host of speakers did exactly that. There was, of course, a great deal of hope. Engro’s CEO Ghias Khan for example claimed that Pakistan needs only look at its own past for some much needed inspiration — pointing towards the many successes that the country has had. Former finance minister Asad Umar made a point of saying Pakistan was a horse worth betting on. Yet at the same time, others like IBA’s executive director Dr S Akbar Zaidi were blunt in their assessment — that there is a pretty big mess that needs cleaning up.

This week’s issue of Profit looks directly at what 2097 will look like for Pakistan. Using the talks delivered at the #TheNext75 event, we look at Pakistan’s development in terms of gender equality, economic growth, success in sports, the arts, and many other issues. The reality is bleak.

The generation of Pakistanis that took the reins in 1947 had a rare shot at a clean-slate. The generation that will now take over for the next 75 is not so lucky. The baggage that comes with project Pakistan is excessive, and some of it will have to be shed. Concentrated efforts need to be made to enshrine democracy, to uplift disadvantaged groups, to promote education, and to protect and empower the only thing that has kept Pakistan alive — its people.

In these seven and a half decades, it has been the people of Pakistan that have given it its pride. Moments of unparalleled individual brilliance that have stitched and brought the nation together. The role of the state has regularly been that of an absentee (and at times abusive) parent. The dogged resilience of the people of Pakistan has kept us afloat. However, there is always a limit. As we look towards the next 75 years, we hope that this undue burden will be lifted.

Facebook
Twitter
Linkedin
WhatsApp
Email
Previous article
The Reko Diq deal finally closed. Is it a “Home Run” for Pakistan?
Next article
Where will Pakistan cricket be in 75 years?