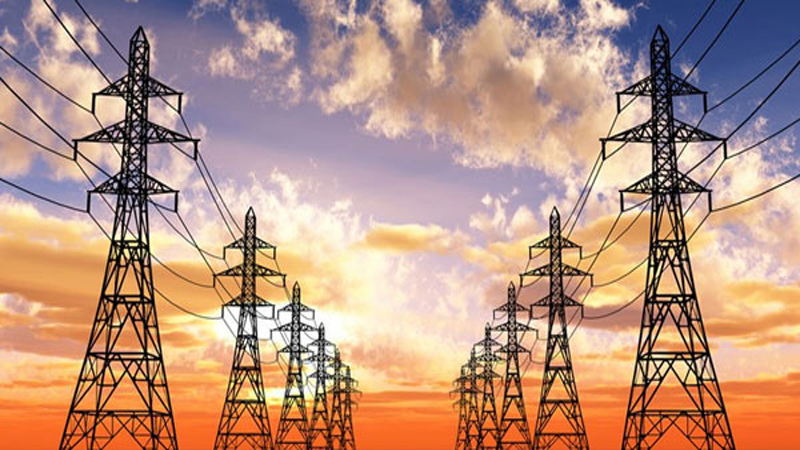 The problem with buying a monopoly is that you never really think about the competition until it is too late. Shanghai Electric’s $1.77 billion acquisition of $66.4% of K-Electric is the second largest acquisition in Pakistani history and the largest in a decade, after Etisalat’s $2.6 billion acquisition in 2006 of management control in Pakistan Telecommunications Company Ltd. And while no doubt the investment bankers, lawyers, accountants, and management consultants all pitched in with their advice about why they think the transaction makes sense for the Shanghai Electric, the Chinese state-owned utility company is nonetheless stepping into the Pakistani electricity market at an inflection point. If it is not careful, it may find itself buying an asset that has its best days already behind it.

At first glance, K-Electric’s sale by Abraaj Capital is the epitome of a successful private equity-led turnaround story. Indeed. It is the very reason private equity firms came into existence in the first place. A storied company, sullied by bad management but still serving a unique economic purpose, bought out by a skilled private equity firm at its nadir, turned around through a combination of strategic capital investments and modern management techniques, and then sold off in a healthy, relatively unleveraged state to a strategic buyer. And a Harvard Business Review case study to document it all. That is the kind of success most buy-side firms in New York would be willing to part with a limb for.

But before delving into what comes next in the K-Electric story, it may be worth digging a little deeper into its past.

Thirty-two years after Thomas Edison created the world’s first utility company in Lower Manhattan, the Karachi Electric Supply Company (KESC) was founded in 1913 (rebranded in 2013 as K-Electric). It is the country’s only vertically integrated utility, with its own power generation, transmission, and distribution assets. While it is not the oldest utility in the country (the Lahore Electric Supply Company was founded a year earlier in 1912), it is the oldest company to still be listed on the Pakistan Stock Exchange, having first been listed in 1948 on what was then the Karachi Stock Exchange, though the company was nationalized in 1952.

Until the late 1960s, KESC was largely a financially self-sustaining entity. This is not, as many Pakistanis of an earlier generation would have us believe, because the management was of a superior quality, but because it simply did not serve large parts of the city, particularly its poorer neighbourhoods. With the democratization of Pakistani society in the 1970s came an expansion in its service area, an expansion of its generation capacity, but also a simultaneous neglect by the federal government of Karachi’s infrastructure, shortly after the federal capital moved to Islamabad.

In the 1980s, the company briefly became a subsidiary of the Water and Power Development Authority (WAPDA) and was at one point placed under the management of the Pakistan Army. The government apparently felt that soldiers would somehow know how to run a utility company.

It is easy to forget that the 2008 acquisition by Abraaj was not the first time the company was privatised. In 2005, the Musharraf Administration sold off a 71% stake of the company to a consortium of the Al-Jomaih Holding Company, a diversified Saudi Conglomerate, and the National Industries Group, a publicly listed Kuwaiti financial conglomerate (which also owns a large stake in Meezan Bank).

For three years, the Saudi-Kuwaiti conglomerate failed to make any headway in turning around the company, finally turning in 2008 to Arif Naqvi, the former Karachiite who had gone on to create Abraaj Capital in Dubai. Abraaj was already the largest private equity firm in the Middle East by then, and had previously made forays into the Pakistani market before. In October 2008, Abraaj bought out half of the Jomaih-NIG stake in KESC, injecting $391 million into the company.

It then began a turnaround effort the likes of which have never been seen in Pakistan before. Abraaj spared no expense in trying to turn around KESC, investing upwards of $1 billion in the company’s power generation and transmission infrastructure, which brought the utility’s power generation efficiency rate from 30% in 2008 to 37% in 2016, and its transmission losses from 4% to 1.4% in the same period. The bloated headcount was reduced by 7,000. The company also introduced for the first time in Pakistani history a system of disincentives against power theft, increasing power outages in areas of high theft and reducing them in areas of low theft, a strategy that brought down the transmission and distribution losses by more than a third, from 35.9% in 2009 to 22.9% in 2016.

So did the effort pay off? Sort of.

Shanghai Electric will pay just over Rs10 per share, or $1.77 billion for its 66.4% stake in K-Electric, but Abraaj only gets about $929 million. Compare that to its initial $391 million investment and that looks like a reasonable return. But then, when we factor in the fact that the firm held its investment for eight years, the returns suddenly do not look quite so impressive. My estimate of Abraaj’s internal rate of return for K-Electric is in the 11-12% range. You could have made about twice as much by investing in Hub Power Company’s stock.

So Abraaj did not make a whole lot of money on K-Electric. That does not mean that Shanghai Power will suffer the same fate, right? After all, one could argue that Abraaj has already done the heavy lifting on K-Electric and now Shanghai Power only needs to keep up the good work to reap the rewards.

Drive out to Defence Housing Authority Phase 8 in Karachi and you will see something you may not have seen much of five years ago: rooftop solar panels. If Abraaj had to struggle with intransigent labour unions, hostile populist politicians, violent criminal gangs, and a breakdown in law and order, Shanghai Electric will face a threat bigger than all of those combined: distributed generation.

Here is how this works. While K-Electric has 2.5 million customers spread throughout the city, about 40% of its revenues come from just 2,500 of its top industrial customers. Most utilities have relatively high concentrations of their customers, so one might think that this is not a big problem. But here is where things begin to get really interesting (or really worrying from Shanghai Electric’s perspective).

AS MORE OF THE WEALTHIER CONSUMERS – BOTH DOMESTIC AND INDUSTRIAL – SHIFT TO ALTERNATIVE ENERGY, K-ELECTRIC WILL BE LEFT WITH THE SMALLER, LESS PROFITABLE CUSTOMERS, TYPICALLY IN AREAS WITH THEFT RATES THAT CAN OFTEN BE UP TO FOUR TIMES HIGHER THAN IN THE MORE AFFLUENT NEIGHBOURHOOODS.

Solar power is becoming increasingly cheaper and with advances in battery technology, is becoming competitive with the prices charged by the grid. It has the added advantage of being uninterrupted during bright sunny days, of which Karachi gets more than 300 of every year. The largest, most profitable of K-Electric’s customers are also ones who are most likely to start generating their own electricity for a substantial portion of the day and even selling electricity back to the utility, a phenomenon known as distributed generation.

It may be tempting to think of solar power as a niche product, but that would be a tremendous mistake. The numbers suggest that the market is growing incredibly rapidly. Solar panels are not manufactured in Pakistan and are imported mostly from China. According to data from the Pakistan Bureau of Statistics, the value of solar panels imported into Pakistan in 2005 was just $1.6 million. The number for 2015? $445 million. That is an compound annual growth rate of 75.4%, astounding by any measure. Solar power in Pakistan is rapidly gaining traction.

As more of the wealthier consumers – both domestic and industrial – shift to alternative energy, K-Electric will be left with the smaller, less profitable customers, typically in areas with theft rates that can often be up to four times higher than in the more affluent neighbourhooods.

Not only would its addressable market shrink, but the utility would be left with the most bothersome portions of its customer base.

Of course, it does not all have to be doom and gloom. For one thing, distributed generation is growing slower than it could be in large part due to a lack of consumer financing. Any management team with its salt would recognize the opportunity to provide that financing in exchange for favourable power purchase agreements with industrial and upper middle class consumers looking to install solar panels on their rooftop.

This would require a utility company to start acting more like a consumer finance company, but the reorientation of business model is at this point completely unavoidable. The sooner buyers like Shanghai Electric recognize this, the better for themselves and for the residents of the cities they serve.