Taking a slice of the market

With a shrinking market share and new entrants opening similar Pizza outlets, will 14th street Pizza be able to survive and expand? 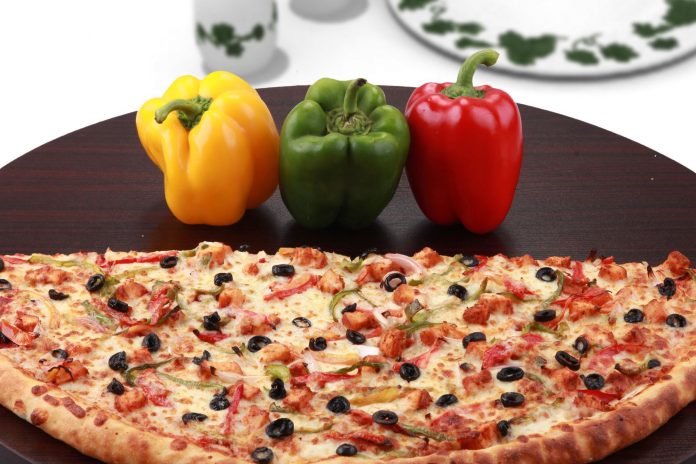 In a market where global giant Pizza Hut ruled for 18 years, young and determined Tanveer Yusuf decided to grab a chunk of the pie by launching the first delivery-only pizza shop of Pakistan, 14th Street Pizza.

Despite challenges from all directions, the then 26-year-old lad stood successful in achieving his target of introducing the concept of a kitchen-based pizza business, which was a novice for the pizza market of Pakistan.

Five years into business, it became the largest local chain of pizzas based on volumes, owning seven kitchens – two self-managed, five franchised – in Karachi, Islamabad and Multan. The brand, which was started by three partners, now employs more than 250 workers.

It is among the top five pizza brands in the country, according to Nauman Mirza, CEO of Foodpanda and EatOye, which together form the largest online food portal.

One of the innovations Yusuf brought to the market was introducing the 21-inch pizza at a time when 12 inchers still ruled the arena. He also managed to grab customer attention by offering, for the first time, single slice pizza and personal customization, where the buyer gets to choose the topping of his preference – and in doing so Tanveer inspired a whole generation of entrepreneurs who jumped into the pizza bandwagon in the years that followed.

“The 6 inch pan pizza had only 3 inches of topping,” Yusuf said. “We introduced the concept of one slice where you can enjoy the absolute flavor of cheese and chicken.”

Though 14th Street Pizza has become a prominent player in the market, it didn’t happen overnight. Yusuf started to work on a pizza concept in 2009 for which he visited several different countries including USA, South Africa and India.

He tried their pizza and researched about their markets. There he realized that around the world, dine-in and delivery of pizza are two different concepts. Both in India and the United States, Pizza Hut dominates the dine in market whereas Domino’s remains the leader in  the delivery business. Yusuf wished to be the Domino’s of Pakistan and rule over the delivery market of Pizza.

“I didn’t wish to be compared with Pizza Hut, let alone compete with them.” Yusuf said depicting that his interest always lied in delivery only.

“Pizza Hut is an international chain with a marketing budget five times more than my entire investment,” said Yusuf who wanted to do not ‘something’ but ‘everything’ different with his brand.

“It took me two years to come up with the perfect recipe,” Yusuf said referring to the time he spent in research and planning.

Yusuf remembered with a dreamy look and a slight smile on his face that he and his mother would get into the kitchen each day and try different recipes till he found the perfect one.

Despite having no formal education in business, the ambitious foodie knew his game well. His far-sightedness bode well for him as he decided to use social media as his only means of marketing. The idea was opposed by many and mocked by some. Nevertheless, Yusuf thinks the first impression on people was exactly what he wanted: Fancy.

“We were probably the first brand in Pakistan that depended solely on social media in order to advertise our product,” Yusuf said.

Despite having no traditional or physical means of marketing, the local pizza giant remained successful in creating a reputation in areas like Defence, Bahadurabad, Gulshan, Shaheed-e-Millat Road and Nazimabad, according to market experts.

Though Yusuf’s brainchild remained successful in catering to the customers of all areas and classes, it has always remained the most favorite among young college going kids.

“We wanted to target the youth,” said Yusuf. “Young kids generally gather to watch movies or cricket matches and end up ordering pizzas.”

Market experts consented that the pizza chain managed to get most popular among youth and for a very long-time remained the leader in off meal hours.

Like his brand, Yusuf too proved himself a promising leader. 14th Street Pizza wasn’t the first in his long list of accomplishments. In 2006, when Yusuf was only 21, he earned the management control of a franchise of Subway located in Khayaban-e-Shahbaz DHA.

He has now reinvested the profits earned by 14th Street Pizza to start two other businesses of his own: an IT company by the name of Cyber Inc. and a physical and online vegetable shop named Subziphal.com.

“It’s a 10-year long journey. Our numbers are a clear proof of our hard work,” the entrepreneur said – the brand holds 5 to 7 percent share in the market, which has saturated due to massive growth of mushroom (small) pizza outlets, say experts.

While it has grown to be one of the most sought-after pizza brands in the country, industry sources say it has slowed down recently with its share shrinking from a peak of 15 per cent to less than 10 per cent – this is because they are not investing more and relying on franchises for further expansion, pundits say.

“Franchising has given a blow to the quality of pizzas offered by 14th Street Pizza,” said a retail expert. “When someone who has only three outlets, franchises, he’s done.”

He explained that the brand should gather enough personal or outside investment to be able to handle expansion in its native city at least on its own without franchising.  “Franchising is for other cities and countries once you’re big enough in your own city,” said experts.

They believe that 14th Street Pizza will face the threat of its market share shedding even more in the years to come mainly on the back of lack of investment.

However, Yusuf has a better picture to paint.

“We want to sustain ourselves till we get more space in the market and then expand further,” said Yusuf.

ISLAMABAD: Cement sales continued to increase during February, although its exports couldn't rebound due to weakening competitiveness in the international market. According to the data...
Read more
- Advertisement -