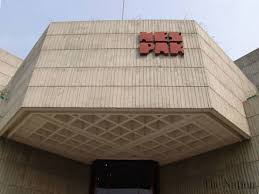 This recommendation is made by the committee in its findings regarding irregularities in Mangla Dam Raising Project (MDRP). The report notes that the sub-standard quality of consultancy services provided by the NESPAK needs to be evaluated.

The delayed and faulty designs provided by the NESPAK are the major cause of an exorbitant increase in the PC-I cost of most the Public Sector Development Programme (PSDP) projects.

The NESPAK admittedly lacks the professionals in project management, which is a question mark on the face of such a reputable national consultancy organisation. It noted that the appointment of two real brothers, Manzoor Ali and Mansoor Ali, at key positions, be thoroughly examined and report thereof to be submitted to the committee.

The report says the consultant issued certificates of default to measure the contractor, KKP, without taking into consideration all the circumstances including late provisions of drawings, continuous variations in drawings, and an increase in the scope of work and delay in land acquisition.

The KKP was not given an opportunity of personal hearing, self-defence by the consultant and employer before taking an adverse action against them. Extension of time 5-6 years was granted in other contracts of MDRP but the same was not allowed to KKP, which itself speaks of a clear discrimination with them.

It is important to mention that the government established the NESPAK in 1973 to create a pool of talented engineers for attaining self-reliance in engineering consultancy to replace foreign consultants.