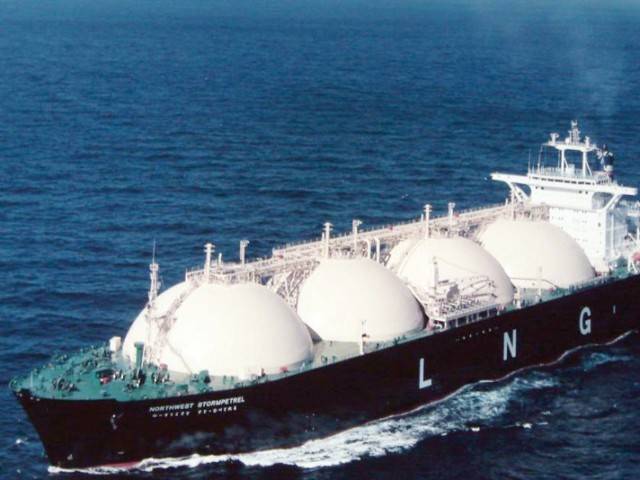 Petroleum Minister Shahid Khaqan Abbasi said that this project was completely a private-to-private venture, with no government financing or off-take guarantee, which makes the project the first of its kind in Pakistan. He said the LNG supply Agreements relating to project have also been executed without the involvement of the government. He said the Ministry of Petroleum would extend all requisite policy and regulatory support for the project.

Qatar Petroleum, Total, Mitsubishi, ExxonMobil, and Höegh LNG have formed a consortium with Global Energy Infrastructure Limited to collaborate on a liquefied natural gas import project in Pakistan. The group of companies will work on a project that includes a floating storage and regasification unit, a jetty and a pipeline to shore to provide reliable natural gas supply to Pakistan. The FSRU is projected to have a minimum regasification capacity of 750m cu ft per day by 2018.

It is important to mention that the Global Energy Infrastructure Limited and Qatar Gas, the world’s largest LNG exporting companies had signed a 1.3 million tons per annum contract last year in September. The engagement between private firms is part of government’s strategy to rid the country of energy crisis.

The companies have a 20-year agreement companies and the volume of gas import could be enhanced to 2.3 mtpa. The government had allowed them to use the Sui gas infrastructure and they were in contact with industries, housing colonies and CNG sector to offer their commodity for purchase.

The finance minister said the government welcomed and appreciated the efforts of the consortium to develop this project. He said participation of leading multinational energy companies in this project was yet another demonstration of the international investors’ confidence in Pakistan’s economic turnaround and the investor-friendly policies of the present government.

Power Minister Kh Asif said that this project augurs well for the gas supply needs of the power sector. BOI Chairman, who is also Chairman of Sui Southern Gas Company (SSGC), said that BOI and SSGC will extend full cooperation to the consortium for the successful implementation of the project.

Under the project, the LNG terminal will have a capacity of 1,000 mmfcd per day, and it will re-gasify up to 750 mmfcd gas per day as base-load. The project is expected to be completed in 2018. The project, after completion, will account for around 10 percent of the primary energy supplies of the country, and will be equivalent of 20 percent of the current domestic natural gas production.