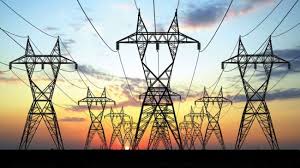 The National Electric Power Regulatory Authority (Nepra) on Wednesday agreed to Rs4.35 per unit reduction for February and March under monthly fuel adjustment mechanism thereby refusing to concede to Central Power Purchase Agency (CPPA) request of delaying relief for consumers for a few months. The amount of adjustment will be made to the consumers’ electricity bills for the month of May. The hearing was presided over by Nepra Chairman Tariq Sadozai.

In public hearing conducted by Nepra, the regulator came to the conclusion that the distribution companies had charged Rs7.26 per unit in February and Rs8.098 a unit in March on account of fuel cost to consumers. The actual fuel cost, however, was much lower.

The regulator showed dissatisfaction over the distribution companies retaining the financial benefit of around Rs33bn by holding back extra money collected from consumers for an extended period of time to meet their cash flow requirements.

The Nepra chairman  raised concern over the power companies  collection  of higher funds from consumers and their utilization  beyond the legal framework instead of making timely refunds. Nepra Chairman termed  the demand of holding back refunds for a few months illegal, hence, disallowed it.

At the same time, Nepra Chairman showed concern over the authority’s  underutilization of generation capacity available which resulted in consumers suffering from prolonged load shedding.

The Chairman stated that Nepra would be escalating the matter to the highest level of the government.

Rehan Akhtar of the Central Power Purchasing Agency (CPPA), who had filed requests for monthly fuel adjustments for February and March on behalf of Ex-Wapda distribution companies, requested Nepra to take critical fuel stocks of IPPs into account and other power plants and postpone the refund to consumers for a few months.

Nepra member Himayatullah Khan questioned whether this method of building fuel stocks was legitimate, adding that the authority must uphold law and abide by rules and regulations at all times.

Moreover, the regulator has already taken into consideration the two-month delay in the refund of higher tariff to consumers involving an amount of about Rs33b being  utilised by power companies. In this regard, a separate legal process has been initiated to penalize Discos.

Under the current practice, distribution companies charge significantly higher estimated fuel charge to power consumers that is later adjusted against the actual cost in a subsequent month with the approval of the power regulator. Delay in the submission of monthly adjustment requests can result in fines and penalties under the tariff standards and procedure rules.

It was reported that power companies were claiming Rs9 per unit fuel cost for the Nandipur project even though Nepra had determined its reference tariff at Rs4.95 per unit in January. However, this was never notified by the government. The regulator criticised the authorities for holding back the tariff notification, but observed that it would allow about 38 paisa per unit higher fuel cost for Nandipur.

Sadozai observed that the Nandipur fuel cost was assumed on the lower side in January last year, which had now gone up with an accumulated impact of Rs2.4bn. It has to be passed on in tariff on a provisional basis to avoid a sudden impact on consumers at the time of notification, he added.