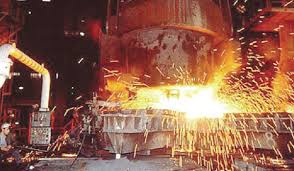 Sources in the Ministry of Industries and Production are reported to have informed that Business Development Committee (BDC) of PSM Board of Directors (BoD) led by former Chairman Oil and Gas Development Company Limited (OGDCL) Razi-ud-Din Razi has devised a new business plan worth Rs 32b called “Resurgence of Pakistan Steel Mills”. The business plan is likely to be discussed at a meeting of PSM Board on May 12, 2017.

The business plan which is likely to stretch over a period of 2 years will be submitted to Finance Minister Ishaq Dar before the commencement of Ramadan.

Sources are reported to have said that PSM will acquire funding worth Rs 22b from banks in order to pay off its liabilities towards SSGC, K-E and for expense on minor things, whereas Rs 10 billion will be obtained for value addition. Of this, the government will be providing funding worth Rs 5 billion from its resources. It is pertinent to mention that this will be the sixth bailout package to help revive the PSM.

The PSM CEO apprised the committee on the annual report of FY 2016 State Bank of Pakistan which recorded a significant contribution of PSM in the Large Scale Manufacturing (PSM) sector. He added that the growth in LSM stood at 3.2pc in FY 2016, which is lower than last year. The CEO stated that this was mainly due to the PSM being nonoperational. Moreover, PSM operations led to a decline of 9.3pc in steel production during the year. To add to this, private steel manufacturing also decelerated, affecting the overall LSM performance. Excluding the PSM, LSM witnessed a growth of 3.7pc in FY 16, compared to 3.0 percent in the previous year.

CEO PSM emphasised the adoption of the new business plan in order to revive the PSM. Chairman of BDC was of the view that PSM, must be restructured and supported by employing qualified professionals. He suggested that experts with experience in steel industry from abroad must be inducted since locally nobody is competent enough to manage the operations of PSM efficiently.

The Chairman further highlighted that a competent, hi-profile and specialised management will lead to the greater acceptance level of the business plan in the Government of Pakistan and as well as in the commercial banks for acquiring financial assistance.
The Chairman proposed a modernization and optimisation plan captioned as “Road Map Technical” which covered IT (ERP), Process, Energy, Admin Cost, Marketing, Supply Chain Management (SCM) and HR section. During discussion of this composite technical roadmap, the chair was informed that PSM is using an outdated Inventory Management System which is not at par with modern practices, thus the chair proposed that PSM should opt for implementation of modern techniques like ERP, Apps and process automation. In this regard, the chair offered to share information pertinent to ERP providers like SAP, Oracle and Sun etc. He further added that PSM should initiate integrated process automation, which is to be implemented by expert and seasoned professionals like M/s Honeywell, Siemens etc. Further working on the roadmap is to be undertaken by ISMD & BMR&E.

The Chairman further suggested that the technical and finance experts of PSM should opt for process optimisation with an emphasis on cost cutting for unwarranted expenses. Furthermore, an emphasis was also laid on a reduction of expenses in term of gas and electricity charges. The committee asked the ACFO to prepare a report on the proportion of gas and electricity expenses in total expenses, whereas CAPU % wise consumption of said utilities may also be detailed.

Furthermore, cost cutting techniques should be applied in the administration section and administration cost may be restricted. The chairman further added that zero inventory policy must be adopted while no material be sold on credit, thus no valuable funds may be blocked. Moreover, the optimised procurement policy of supply chain management is to be implemented so that unwarranted stocks may not pile up. Commercial and marketing departments would play a pivotal role in this regard and develop SOP, policies and systems.

Razi-ud-Din Razi asserted that there is a need to evaluate Key Performance Indicators (KPI) relevant to human resources and stressed on the need to expedite the implementation of optimisation policy for HR/KPI and Human Resource department to present its plan of KPI to the BoD by June 2017.

Another proposal was also tabled regarding the BoD holding conferences of stakeholders and experts of the steel industry, so that a roadmap for PSM revival may be devised. Extending the proceedings, the chairman proposed that PSM must not sell its land except leasing 1500 acres site proposed by GOP for Special Economic Zones (SEZ) under China-Pakistan Economic Corridor (CPEC). During a further discussion of the financial matters, the committee asked the A/CFO to share the financial model with all committee members.

Committee member Sheikh Muhammad Asif suggested that there is a need for PSM to improve its market image and market aggressively before considering the Initial Public Offer option.

The committee emphasised value addition in the production section. Sheikh Asif proposed that PSM should produce wire rod which is which is in great demand. There are heavy duties in place on the import of wire rod so its production can greatly benefit PSM.
The Chairman of the BDC also proposed changes to the HR policies of PSM so that the sick/casual leaves of employees can be curtailed and to ensure unwarranted absence from duty may be restricted. In addition, the chairman added that personnel retiring within 6 months should be given the option to stay home. Responding to this, PEO (A&P) apprised the committee that the policy of “Leave Prior to Retirement (LPR)” is already in place and extends over a span of one year.