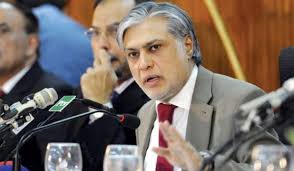 Finance Minister Ishaq Dar has directed the tax mandarins to lessen the harassment of taxpayers during the raids and advised maximum facilitation in the tax proposals for the next fiscal year 2017-18.

An official source said that Ishaq Dar, after returning from a week-long sojourn to Japan, chaired a high-level meeting to review the budget preparations by the Federal Board of Revenue here on Tuesday.

The source said that the FBR authorities suggested lowering the tax revenue target for the next fiscal year to Rs 3.8 trillion from the earlier projection of Rs 4 trillion. They said that the difficulties faced during the current year due to tax exemptions and political situation, an ambitious tax target would be difficult to achieve, that too in an election year.

It was stressed that FBR should be supported for streamlining the tax machinery to gather more taxes from the evading sectors and people instead of burdening the existing taxpayers. It was suggested that FBE should be given more administrative powers to increase tax compliance. It was overall noted that improvement in energy generation would help in reviving the industry that would yield more taxes.

An official statement said that the chairman FBR briefed the meeting over budget exercises which had been initiated on the first of February, 2017, and was now in full swing. He said that in line with the minister’s directions, extensive interaction had been carried out with stakeholders from all sectors of the economy.

He said that the tax-related proposals and suggestions collected from these stakeholders were being examined in detail for inclusion in the budget. He said that the work in this regard was in the final stages. The meeting was also informed about the state of revenue collection as of May, 2017, and the chairman FBR provided a detailed account of the efforts being made to achieve the revenue target for the current year.

The minister emphasised that the officials must focus all their energies to achieve the revenue target during the remainder of the fiscal year. He directed the FBR to ensure that the policy of a friendly and cooperative attitude towards taxpayers must continue and maximum facilitation should be ensured. He also directed the FBR to ensure that such a policy is also embedded in the tax proposals for the next fiscal year i.e.2017-18.