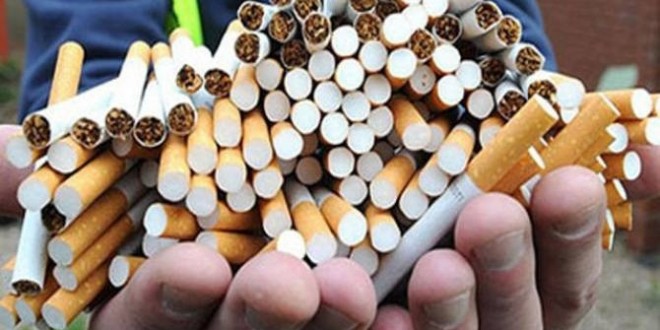 Federal Board of Revenue (FBR) has reportedly approved the draft to introduce 3rd taxation tier for Pakistan’s tobacco industry. FBR is hoping that through this, it would drastically improve its revenue from the cigarette industry.As per The Network for Consumer Protection (TNCP) report, 2017, Pakistan has one of the highest prevalence of tobacco use in the world.

As per The Network for Consumer Protection (TNCP) report, 2017, Pakistan has one of the highest prevalence of tobacco use in the world.

The Framework Convention on Tobacco Control (FCTC) is the first ever international treaty negotiated under the auspices of the World Health Organisation (WHO) to which Pakistan is a signatory since 2005. FCTC requires Pakistan to implement appropriate price and tax measures to be adopted to reduce the consumption of tobacco products. The introduction of this 3rd tier is, however, completely an antithesis of the FCTC treaty and may expose the government of Pakistan to an adverse notice of WHO.

As per the TNCP report in Pakistan, the high prevalence of tobacco use kills more than 110,000 people each year which is approximately 300 deaths every day. FBR, in hopes of achieving their target revenues, has bargained against the lives of millions of Pakistani at risk with the introduction of this 3rd tier. Lower price coupled with a low tax and current 2 layered tier systems have already made cigarette prices lowest in Pakistan among South East Asian region, and the 3rd tier would logically result in smoking epidemic amongst the youth.

If the proposed 3rd Tier is approved in the budget, the current pack of Marlboro cigarettes which costs PKR 135 (previously coming under the higher tax tier) is expected to fall under the lower tax tier allowing the cigarette manufacturer to sell the same pack for less than Rs 100. Marlboro, being the favourite brand of the Pakistani youth would become more affordable, increasing cigarette consumption manifolds.

This 3rd tier is also being proposed as a solution to curb the sale of smuggled cigarettes, which, as per TNCP reports finding, is not dependent on cigarette prices but reflective of the fact that how easy it is for smugglers to operate in a country.

FBR fails to take effective measures against such conditions, resorting to adopting a policy that is apparently only beneficial to multinational sales and grossly devastating to the health of the young Pakistanis.

It is important to point out the fact that scientific research and findings have found the effectiveness of increased taxation in different methodology. It has been noticed that every 10pc increase in cigarette prices reduces youths’ smoking by about 7pc and the total cigarette consumption by about 4pc. All such considerations need to be analysed properly before ordering drastic changes in the tobacco world.