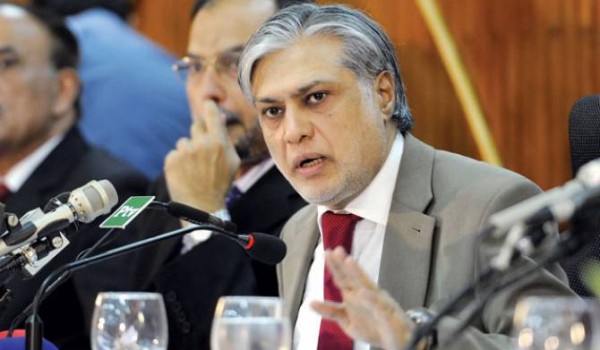 A delegation of the Pakistan Dairy Association called on the Finance Minister, Senator Mohammad Ishaq Dar at the ministry of finance on Sunday.

The finance minister appreciated the briefing and proposals of Pakistan Dairy Association, and said that their suggestions would be given due consideration during the finalisation of the budget. He said that extensive consultations are being undertaken with all stakeholders as part of the budget preparations. The finance minister urged the dairy sector to ensure that the quality of milk being provided to the people of Pakistan is in accordance with international and local health standards. He urged the corporate firms in the dairy sector to ensure the well-being of dairy farmers, and to work together with them on measures to increase the yield of milk across the country.

The finance minister said that the agriculture sector had received a major boost from the government’s agriculture package. He highlighted that the agriculture sector had grown by 3.46pc in FY 2016-17 showing a marked improvement compared to FY 2015-16. He further stated that milk is one of the 19 commodities which will be subsidized, as part of the Ramzan Relief Package 2017, to provide relief to the general public during the upcoming holy month of Ramzan.