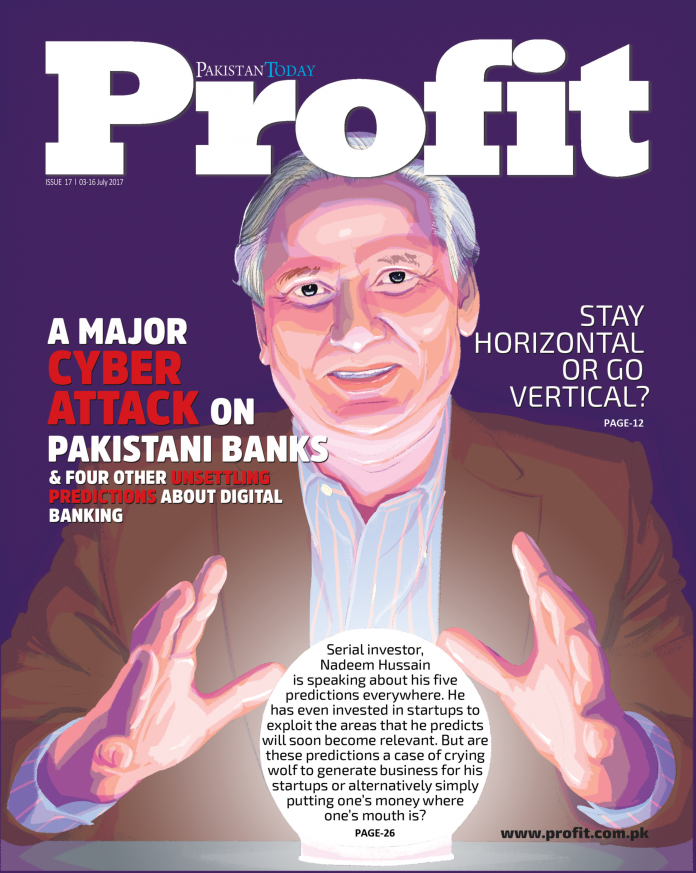 The promise of digital banking is alluring. The realization so far has been elusive. Though the field might not exactly be dormant, it is still littered with a series of half-solutions.

For instance, take the forays of the telecom industry into the sector. Both Telenor’s Easy Paisa and Jazz Cash might have made significant strides in terms of volumes of transactions, but they require the registered network of shopkeepers to do their business. That isn’t as seamless and sexy as the idea of making micro-transactions off one’s own cell phone.

But what about the other end? What about the banks that are branching out (no pun) into digital? Well, as opposed to their telecom counterparts, though they have made their account holders the principal agents of their products, the volumes are woefully low. There might be many reasons for this, but the lack of merchants and vendors accepting payments via banking apps would top the list. That, and the cumbersome (and needlessly intrusive) process or registration for these digital wallets. Fintech apps such as SimSim only don’t ask for what the user has had for breakfast; everything else is on the questionnaire.

Surely this is a problem that could be solved. There certainly are a lot of vested interests in ensuring it is. For the government, the delicious prospect of documenting the cash economy. For the users, phenomenal ease. For the vendors and merchants, increased commercial activity.

First of all, the government should incentivize digital banking. First, by removing any and all taxes on such transactions. On their end, the banks, telcos and fintechs should also remove transaction costs; perhaps even pay user to reel them in? They could also incentivize these for the merchants as well; a points system could be an idea.

Our other main story: whether Lahore would go vertical or would the accent continue to be on horizontal, discusses the issue threadbare. It also takes views of five builders who have opted to jump in the fray by building apartment blocks.

With land prices escalating in Lahore, it is only natural that people would move towards vertical living. Common sense would dictate that the rising trend for apartment living in Karachi and Islamabad, should also have arrived in Lahore – by now especially after the government’s move to increase the height limit for construction of high rise residential apartment buildings.

Economists believe that consumer behavior can be influenced by incentives. By that logic, apartment culture should be all set to thrive in Lahore. However, consumer behavior is an unpredictable science and there is still a big question mark on whether the Lahorites will be willing to accept this modern way of living despite all the incentives?

But then an argument can be made that the right incentives are yet to be set for Lahorites to truly embrace apartment living.

Three factors that point towards apartment-living still not the ‘in-thing’ in Lahore are: a) compared to Karachi and Islamabad land prices are still not high enough; b) the building height limits still are not high enough for the high rises to emerge, bringing down the cost factor; c) the roads in the periphery are continuously being developed and widened to commute at pace, and combined with low fuel prices, the commute time/cost argument does not hold.

Another interesting bit is that apartment blocks under construction are targeting the rich and nouveau riche, for not a single project in downtown Lahore is meant to provide affordable housing for the middle class. One of the project owners claims that the reason is, once the affluent adopt it, the hoi polloi shall follow suit.

Anyway for the current projects there would be enough demand from expats etc. if one is able to successfully do some personal selling but for the landscape of Lahore to change sooner or later Lahorites will also have to take a cue from other cities.