A peek into the peak factor 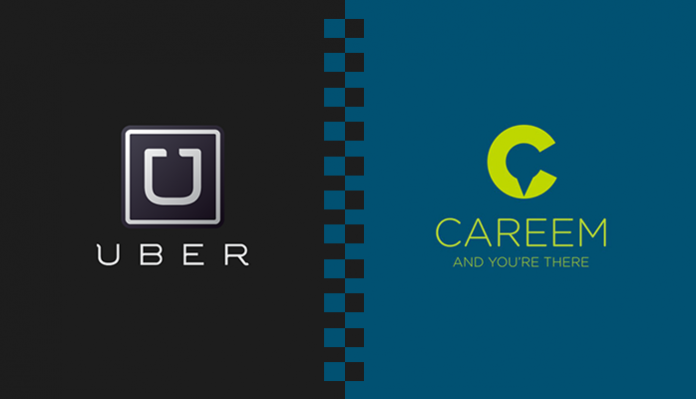 It was a harsh day at university for Sarwat Ahmed who decided to book a Careem cab in the afternoon, not the first time she preferred a ride-hailing app over other means of transportation to get home.

As the 22-year-old university student opened the application, she could witness the peak factor applied at a multiple of 2.3, which blew her mind. The intimation of a higher than usual fare ticked her off, for it made her question the very reason for using the service in the first place.

A regular user of these services, Sarwat always commended these services for their punctuality, availability, and affordability – the last one by quite much. In her words, they offered fair prices. But today was different, and with little to no choice, she had to use the service despite up jacked up rates because she didn’t feel safe to travel using some other transport.

Sarwat’s story evokes a relevant question: have Uber and Careem – their unique selling point providing affordable solution to the urban transportation requirements of the people, failed to serve the very purpose that helped them shoot up the charts in the first place?

“It’s been five to six months that Uber and Careem have increased the peak pricing, which is quite bothersome to their huge consumer market,” Abdul Rehman, a regular customer of Uber told Profit.

Ahmed is not the only one complaining about surge in pricing, majority of the customers Profit spoke to were unanimous on the point that these services have become expensive and are getting out of reach for many.

“If I had the faintest idea it would cost this much, I would never book it,” said Sajid Hussain, who works at a local BBQ restaurant in Landhi and booked an Uber to Sohrab Goth bus stop – he was leaving for Multan to spend the Eid with his family.

Uneducated, Hussain got his friend’s help to book him the ride, the friend himself wasn’t much educated and had no idea what the peak factor meant. At the end of the ride, Hussain’s total fair amounted to Rs613 but he was charged Rs1594 after a surge price of 2.6 times or Rs981 was applied.

“I had been using Uber and paid under Rs500 for longer distances, it was the first time this much was billed to me,” said Salman Khan, who used his phone to book the ride for Hussain. When these services were launched they were at times cheaper than auto rickshaws, resulting in people from even low income groups using them every now and then, Khan said adding that is not the case any longer.

The question that pops up right after that is what happened to Uber and Careem in the last few months that led to such upward movement in their fare format? Is it about availability of captains? Is it about number of cars available? Or is it another tactic to make profit by cashing in on its clientele once it has established itself?

“In order to ensure that we can provide you with the best availability of cars at all times, Peak was introduced. A Peak factor will temporarily increase the cost of available rides during times of excessive demand, which helps increase the supply of available cars in high-demand times and locations. Any additional costs during Peak will be fully paid to the captains to encourage them to be available during peak times.”

The statement mentioned above clearly reflects on the idea that it’s all about availability of cars and captains in order to become efficient enough for catering a huge consumer market. But for many this peak pricing might also turn out to be an impact of big debts that have recently landed Uber in thick soup.

While approaching Uber after the massive rise in fares during the Eid season, the justification that came up was as follows;

“When prices are surging, you’ll see a multiplier to the standard rates. For example, you might see surge at 1.8x or 2.5x. This is how much your base fare will be multiplied by, so a fare that is usually $10 would be $18 when it’s at 1.8x Surge. Uber’s fee percentage does not change during surge pricing.

Because we update the rates based on the demand in real-time, surge can change quickly. Surge pricing is also specific to different areas in a city, so some neighborhoods may have surge pricing at the same time as other neighborhoods have none at all,” Uber told Profit.

Also, Uber presented the solution while explaining how to identify surge in App?

When demand increases in a specific area, that neighborhood will change color. You can zoom into colored areas of your app’s city map to see current surge pricing. Such as: Yellow = increased demand, Orange = heavily increased demand, Red = Demand has reached a level that has triggered surge to take effect.

The customers showed an outrage on this by boycotting the application and going for applications like U ride and Optimus more since they found them cheaper.

“Applications like Careem and Uber have put off their patrons by disappointing them at times when transportation demands are massive, such as throughout this last Ramadan and specially around and on Eid day.

On asking few more people about Careem and Uber’s peak pricing the conclusion came to light that the customers are majorly disappointed with the fact that rise in fares due to peak surcharge is depriving them from a facility that they loved using before. To them, ‘Happy Careeming’ has turned into a pain now!

On reviewing more cases, it emerged was that surge pricing was not the only factor putting Careem and Uber in reverse gear. The depletion in quality of service too has changed drastically, leaving consumers disappointed.

“Recently I booked a Careem on my way back from office as I was expecting it to be on time, for I had to leave quickly due to some health issues. Despite that I had to give numerous reminders and had to wait for 20 minutes for the cab to arrive. On another occasion, when I called the company the captain cancelled the ride. Such reluctant attitude was again reported to the company but Careem never responded back. This was dismal, as Careem claims to be providing better quality services than Uber,” one of the regular consumers of Careem told Profit.

It is quite obvious that to recoup their image both Careem and Uber would have to seriously work at again being economical and give due attention to detail in terms of meeting consumer expectations.

Once a flag bearer of engineering in Pakistan, the publicly listed company is now being asked to shut down, because it can’t clear a cheque of Rs14.9 million
Read more
FEATURED

The urban upper middle class are desperate for the vaccines of their choice. Why don’t we let them pay for it?

Cocomo conundrum: How Ismail Industries doubled their profit when the economy was shrinking

While shrinkflation played a part domestically, it was the increased focus on exports that allowed the Candyland conglomerate to thrive
Read more
- Advertisement -