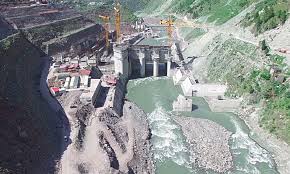 Talking to APP, Wapda sources said that with a power generation capacity of 969 megawatts, the first unit of NJHPP would start operation in February next year, second in March 2018 and the third and 4th units would be ready for inauguration in April 2018.

Similarly, for 1410-MW Tarbela-IV Extension, the first unit would be ready for power generation by Feb 2018, second by April 2018 and the third unit by May 2018, the sources confirmed. Among the ongoing projects, Kachhi Canal was ready for inauguration during the current month, he said.

The Kachhi Canal would irrigate 72,000 acres of land in Dera Bugti and the entire demography of Dera Bugti and other areas of Balochistan would benefit from this canal.

During the past many governments, work on the project had been delayed. But the incumbent government took the lead and removed all bottlenecks to complete the project, the source added.

The current government has launched various mega projects in water and power sector, which would be completed in the upcoming years, he added.