KCR to be presented before ECNEC for approval, Senate body told 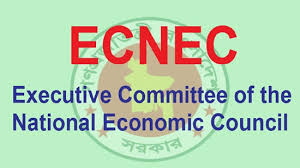 The Senate Sub-Committee on Planning Development and Reforms was informed Thursday that the Karachi Circular Railway (KCR) projects would be presented before the Executive Committee of National Economic Council (ECNEC) for approval.

The committee met here under the chairmanship of Senator Karim Khawaja and discussed the progress so far made on KCR and K-4, a water supply project for the Karachi.

Ministry of Planning Development and Reforms Secretary Shoaib Siddique told the meeting the project would be executed as soon as approval is given by the ECNEC.

He said that it was a provincial project and the Chinese government would provide full finances for it, adding that federal government was the granter.

He informed that the work in K-4 water supply project for Karachi was under progress and both federal and provincial governments were very keen to complete this project as soon as possible.

Both the governments were interested to complete the project with in stipulated time frame in order to facilitate the citizens of the mega city of the country, he added.

He told the meeting that the project would be completed with a total cost of Rs 25 billion, whereas the expenditure would be shared by federal and provincial equally.

The secretary informed the meeting that so far about Rs 3.1 billion had been spent and out of the total expenditure 2.5 billion was provided by the federal government during last financial year.

He said that the government has also earmarked Rs 9 billion in its Public Sector Development Programme for the above-mentioned project.

Meanwhile, Ports and Shipping additional secretary informed the meeting that work for the East-Way Express Way was awarded to a Chinese company.

He said that the total cost of the project was estimated at Rs 1950 million and would be completed by 2020.