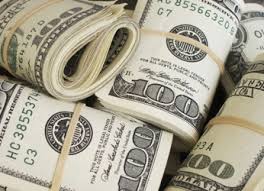 ISLAMABAD: The federal cabinet on Friday legitimised approximately $2 billion which were obtained by the government during the first half of 2017 without taking definitive approval from the cabinet, according to a report in the local media.

The federal cabinet also waived off 10 per cent tax on interest payments to foreign lenders.

Interestingly, the federal cabinet has taken such retroactive actions for the second time in the past nine months. In February this year, it regularised $2.7 billion in foreign commercial loans.

According to Express Tribune, During the first half of 2017, the Finance Ministry signed eight agreements with foreign banks and got $1.965 billion short-term loans to support the already brittle foreign currency reserves. However, all of these agreements were signed without obtaining approval of the federal cabinet. The ministry is obligated to take prior approval under the Rules of Business of 1973.

Rule 16(1)(d) of the Rules of Business states that ministries would bring “proposals for levy, abolition, remission, alteration or regulation of any tax and floatation of loans” for the approval of the federal cabinet.

On the other hand, the federal cabinet on Tuesday still gave a retroactive approval of those loans, legitimising the borrowings.

These retroactive approvals are in violations of the Supreme Court’s order of August 2016. The country’s highest court’s ruling binds the government to initiate all fiscal matters with the consent of the federal cabinet.

The Finance Ministry got these loans from foreign commercial banks, bypassing the competitive process which had also raised transparency concerns.

The cabinet gave the approvals amid growing criticism against the Finance Ministry’s strategy to remain afloat by taking ‘sky high’ debt.

During PML-N’s rule, Pakistan’s external debt augmented from $61 billion to $83 billion which makes it a whopping $22 billion addition in just four years.

The $1.965 billion borrowings were part of a record-breaking $4.4 billion short-term foreign commercial loan that the Pakistan Muslim League-Nawaz (PML-N) government had obtained during FY 2016-17 that ended on June 30. Out of this, $2.3 billion came from Chinese financial institutions alone.

Pakistan also got $40 million loan from the ECO Trade and Development Bank on February 17 this year, and $55 million from the Dubai Islamic Bank on December 8, 2016. The federal cabinet also waived off 10 per cent tax on interest payments to the financial institutions without involving the National Assembly.

The Finance Ministry had informed the federal cabinet that the foreign commercial loans were offered with the condition that taxes applicable in Pakistan would not be borne by the lenders.

The government took such measures after it failed to get  sufficient inflows from exports and foreign direct investment.