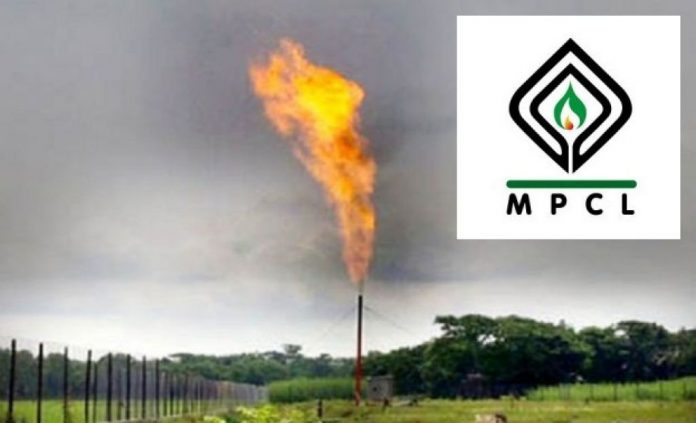 ISLAMABAD: Pakistan Muslim League-Nawaz (PML-N) government has allegedly caused gigantic loss worth Rs 600 billion to the national exchequer through changing the gas pricing formula of Mari Petroleum Company Limited and FIA has initiated an enquiry into the matter, it was learnt reliably.

Available copy of official document transpires that Federal Investigation Agency (FIA), after Panama scandal, has initiated an enquiry into a big and unbelievable scandal of ruling PML-N government. And, an enquiry has been registered at FIA Corporate Crime Circle Lahore regarding missing/embezzled shares of the government worth billions of rupees in Mari Petroleum Company Limited (MPCL).

According to the document, federal government while setting aside its Rs 30 billion worth investment in Mari Petroleum Company had dismantled a cost-plus well-head gas pricing formula the company (Mari Petroleum Company) in July 2014. And, this change in the gas pricing formula had resultantly caused an estimated whopping loss of Rs 600 billion to the national exchequer, while three billion shares owned by the federal government were not transferred and the private shareholders earned benefits worth in billions of rupees with zero investment.

In July 2014, the economic coordination committee (ECC) of the federal cabinet had changed cost plus well-head gas pricing formula and linked it with crude oil price of $ 84 per barrel resultantly the price of Mari Petroleum Company’s gas has increased to Rs 483 per Million British Thermal Unit (MMBTU) from Rs 85/MMBTU. At present, the present market value of per unit MPCL share is ranging between Rs 1450 to Rs 1500.

As per document, Mari gas agreement was dismantled without evaluating the value of reserves and assets generated/ build at the cost of federal government investment. The investment in exploration activities was allowed with the condition that the benefit will go to GPA, however, the government investment was not protected while dismantling the Mari gas price agreement. “Trillions of rupees have been shifted to 80 per cent non-investors in the shape of transfers of value reserves/assets build through GOP investment,” said document.

The document further said that investment of $ 300 million, if converted will be more than Rs 30 billion, meaning by 3 billion shares required to issue in favour of GOP and since the present market value of per unit MPCL share is ranging between Rs 1450 to Rs 1500.

“Share reflects the worth of valuation of reserves/strength of the company. In this way, GOP/GoS deprived of approximately Rs 4500 billion or value of reserve/assets build at the cost of GOP/GoS’s investment, said the document.

According to sources, petroleum ministry officials have informed the Prime Minister that FIA inquiry might put him in deep trouble and to those officials who are about to retire from the service/job. These officials had asked the premier to get the FIA inquiry permanently closed through Interior ministry.

In 2001, the company was allowed by the government to undertake exploration, appraisal and development activities outside Mari field and made additional investment of $ 20 million per annum or 30 per cent of annual gross sales revenue whichever is less with condition that all the revenue from new oil/gas field will be credited to GPA. Starting from January 2012, the ceiling of $ 20 million was enhanced by $ 5 million every year to gradually achieve the revised limits of $ 40 million per annum over a period of four years i-e by January 2015. Thus an amount of $ 300 million was allowed for investment outside Mari through enhancing wellhead gas price.

From July 2014, cost plus Mari wellhead gas pricing formula was replaced with a crude oil price linked formula at crude oil price of $ 85/BBL, the resultant wellhead price would be $ 1.87 MMBTU in the 5th year with the condition that MPCL will undertake its exploration, appraisal and development activities within and outside Mari field from its own generated resources including revenue from other field and will bear all the risk associated therewith without any direct or indirect subsidy from government. It was also decided that for next ten years, dividend distribution would continue to be in line with present formula and profits will be re-invested for exploration and development activities in Mari as outside Mari field.

When contacted with a spokesman of Mari Petroleum Company Limited to get official stance of the company, Pakistan Today was told that the spokesperson was on leave and would not be able to submit an official version. After various attempts to get in touch, the hone was switched off permanently.