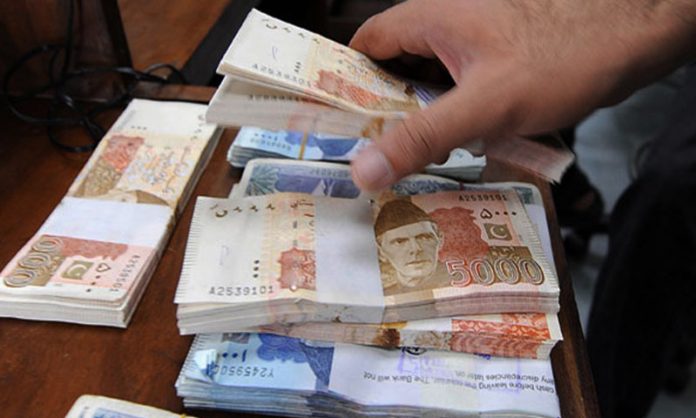 KARACHI: A 10 per cent currency depreciation, ease in Balance of Payment (BOP) situation and political clarity in Pakistan could convince Emerging Market (EM) trackers to start investing in the country.

Investors are comfortable with completely ignoring Pakistan, which accounts for only in 0.1 per cent in MSCI Emerging Markets Index, at the time of turbulence in the country.

According to Insight Securities report, which was prepared by financial analysts after meeting with 13 fund managers across the United States, there was little interest for portfolio managers in the country even after KSE100’s 23 per cent price correction in last six months as $ 439 million were drawn out by foreign investors in 2017 so far. It resulted in 33 per cent valuation discount of KSE100 index to the MSCI EM Index.

“We believe it would take political clarity in next 6-8 months, 10 per cent currency depreciation and an ease in BOP situation before Emerging Market trackers consider bringing their investment here again.

“This view is in agreement with our previous analyst roadshow in Europe in Jul 2017, where we were unable to find a single portfolio manager with clear bull stance over Pakistan for the next 12 months. At that time, most of the investors were confused over the fate of Panama case, BOP conditions and awaited currency depreciation,” the report said.

External accounts and fears of sharp depreciation are the major cause of concern for portfolio managers, who tracks emerging markets. Although KSE100 index is perceived to have bottomed out, most of the fund managers forecast a 10-20 per cent loss in KSE 100 index in dollar terms in one-year time.

“Surprisingly, some of the portfolio managers were comparing Pak rupee with the Egyptian pound and Nigerian Naira, which depreciated 40-50 per cent last year, right after their central banks scrapped the currency peg,” the report added.

“Although USD/PKR parity is fixed since 2014, we remain of the view that currently, Pakistan is not that comparable to those countries as the dollar flow is strong and rise in imports is partly linked with higher power and construction sector investments.

“Further, the spread between interbank and open market USD rate is normal, forex cover is available at a normalised rate and there is ample dollar liquidity in the open market,” it added.

Insight Securities Head of Research Zeeshan Afzal said that the situation was quite murky since rupee can fall at any time.

“If someone invests in Pakistan in dollar terms when a dollar’s value is 100 rupees in the country and later it falls for instance 20 per cent, which means if dollar’s value jumps to 120 rupees, then the dollar investment will fall by the same margin. It would remain only 80 per cent of the initial investment,” he said.

“So portfolio managers are wary of this fact and would stay away until rupee depreciates. But that would not be the only factor to pave their way to return to Pakistan markets. Political stability would also play a role. Fund managers would also wait to see what policies will be brought by the new government after the election next year,” Afzal added.

However, the report added that CPEC related investments would not be affected by political volatility since government, opposition and Army were on the same page on CPEC.