MoST appoints 35 officers of BS-17, 18 in violation of provincial quota

Many things are going wrong in the ministry: State Minister Domki 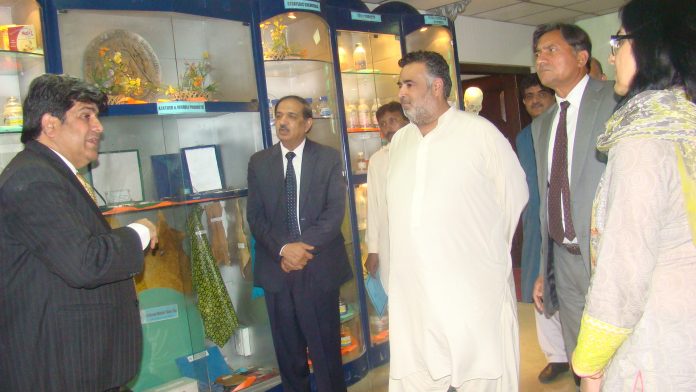 ISLAMABAD: Ministry of Science and Technology, which is already in hot waters after startling revelation of its State Minister Mir Dostain Khan Domki about corruption and irregularities in the ministry, has issued appointment letters to around 35 officers of BS- 17 and 18 at Pakistan Standard Quality Control Authority (PSQCA) in violation of set provincial quota. Though these appoints were made through test and interview system of National Testing Service (NTS), but the appointment on the same posts were stopped by the secretary of Ministry of Science and Technology (MoST) citing the reasons that provincial quota was not followed in the recruitment process.

However, surpassingly, soon after resuming post of Federal Minister of MoST, Rana Tanveer Hussain, has directed the ministry to immediately issue appointment letters to the 35 people despite objection on the part of former and present secretaries of the ministry, reliable sources told Pakistan Today.

The recruitment was initiated by the Rana Tanveer, as Minister MoST in 2016 through an advertisement published on August 28 last year but the process of appointment remained halted after a court’s stay as some junior employees had approached the court to stop the appointments, which according to them were to deprive them of promotions on the same higher positions vacant at PSQCA.

The posts of three deputy directors of BS-18, 28 field officers of BS-17 and an audit officer of BS-17 were recruited in violation of set quota giving these seats to a particular province. The appointment of these posts had stopped after interview of selected candidates in May 2017 when the issue of the provincial quota was raised. The matter of appointment also remained subjudice for months when junior officers at PSQCA approached the court. However, the case was later settled when the ministry assured that the promotion of junior officer would not be affected.

When approached for comments a senior official of the ministry, claimed that appoint letters were issued after the settlement of the case in court. He, however, declined to comment on the issue of provincial quota in the appointment of the 35 officers.

Talking to Pakistan Today, Mir Dostain Khan Domki, who resigned as state minister in protest against giving additional charge of the federal minister of MoST to Rana Tanveer, last month, said that all the illegal practices, once halted when he looked into affairs of the ministry, were restarted. The powerful mafia in the ministry has taken a sigh of relief after he tendered resignation. He said his resignation was yet to be accepted by Prime Minister. “Not only are the illegal appointments but many things are going wrong in the ministry. I had initiated inquiries into irregularities, corruption and illegal appointments in PSQCA and National Testing Service (NTS),” he added.

When approached for official versions, the staff of Secretary of MoST informed that the secretary Yasmin Masood avoids meeting or talking to media persons. On the other hand media advisor, PSQCA Rehmatullah Memon also denied commenting on the issue.

It may recall here that Domki had stepped down on November 27 following months of a tussle between the ministry and the top officials of the Comsats Institute of Information Technology (CIIT). The scrimmage revolves around corruption, tax-evasion and money laundering in the National Testing Service (NTS).

“There is a mafia within the Comsats, the ministry and the NTS who want to save their skins in fear of getting exposed after the probe I ordered,” stated Domki prior to tendering his resignation to Prime Minister Shahid Khaqan Abbasi.

On November 24, the Cabinet Secretariat issued a letter to re-designate Minister for Defence Production Rana Tanveer as Minister of MoST “with immediate effect”, under an additional charge. Rana had also held the position before the dissolution of cabinet following the disqualification of former prime minister Nawaz Sharif.

The appointment came as surprise for Domki who hails from Balochistan and was appointed by PM Abbasi as minister of state in August.