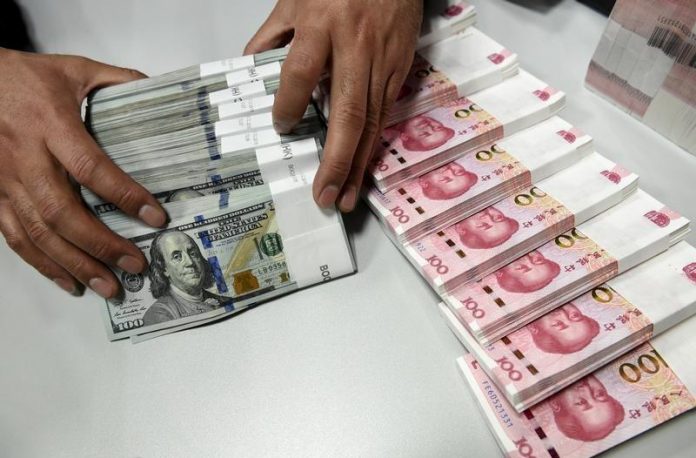 ISLAMABAD: With the growing cooperation with China following implementation on China-Pakistan Economic Corridor (CPEC) plan, Pakistan is considering using Chinese currency instead of US dollar for bilateral trade to avoid the constant process of converting Yuan and Rupees into the dollar.

This was said by Interior Minister Ahsan Iqbal during the inauguration ceremony of the Long-Term Plan (2017-2030) of the CPEC in Islamabad on Monday. He said China has also been pressing Pakistan to allow the use of the renminbi (RMB), the official name of its currency, as a currency in the Gwadar Free Zone. The event was also attended by Chinese Ambassador to Pakistan Yao Jing.

Ahsan Iqbal, who also holds the charge of Ministry of Planning and Development, said the use RMB or any other currency would not be permitted in Pakistan, however, consideration is being given to using RMB for trade between Pakistan and China only.

China has become the export engine in the world because it has mastered low-cost production, he remarked. “We should follow the economic miracle of China.”

He said that CPEC was a national plan approved by the both the Chinese and Pakistan governments.” It will effectively match relevant national plans of China as well as Pakistan Vision 2025,” he added.

The minister said that during President of China Xi Jinping’s visit to Pakistan in April 2015, the all-weather strategic cooperation partnership between the two countries was enriched with new connotations.

Praising the neighbouring country for investing in Pakistan at a time when others were shelving businesses in the country, he said, “China had invested over $ 50 billion when other countries were not interested to make any investment. He added, “Chinese were doing what the Americans and the Europeans should have done after the end of the Afghan war” that evicted the Soviets from Afghanistan. “That war helped bring down the Berlin Wall and made Europe safe. But we here in Pakistan are still paying the price for it.”

He added, “CPEC, for the first time, offers an opportunity for Pakistan to join China in a community of shared destiny and prosperity.”

Ahsan Iqbal said that the long-term plan would expand the scope of cooperation in various new areas, including cooperation in social sectors along with economic fields.