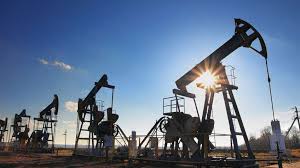 ISLAMABAD: The government according to sources has acceded to Khyber Pakhtunkhwa’s demand of providing it access to real-time oil and gas production and consumption data.

In October, all provinces had demanded access to real-time data regarding production of oil, gas and electricity across Pakistan to confirm their share of consumption and undertake revenue calculation.

This decision comes amidst to resolve the dispute with KP over the use of gas being produced from its fields, reported Express Tribune.

Considering this proposal of the provinces, the federal government showed willingness to discuss it and called for back-to-back meetings of Inter-Provincial Coordination Committee (IPCC) and Council of Common Interests (CCI) to establish a proper mechanism for sharing oil and gas production data with the provinces in October.

Sindh proposed that data could be sent via email to them and uploaded on the energy ministry’s website. IPCC ordered Petroleum Division to guarantee uploading of data on a weekly basis on their website and email it to energy secretaries of all provinces.

This demand arose after KP and Sindh accused Punjab about use of their gas and argued that under Article 158 of constitution they had the first right of use to it.

Sources disclosed a Council for Common Interests (CCI) meeting held in November considered a summary tabled before it by KP government and given go-ahead to its proposal for access to real-time gas and oil production data and gas consumption in its jurisdiction.

Ministry of Energy (Petroleum Division) was ordered by CCI to ensure installation of relevant software in energy and power departments for measuring the provision and consumption of gas by all provinces.

A lack of monitoring availability for production of oil and gas from several fields remains unavailable to provinces. On the contrary, this software is available with the federal government departments to monitor this data, which isn’t being shared with provinces despite requests of its installation by provincial energy departments.