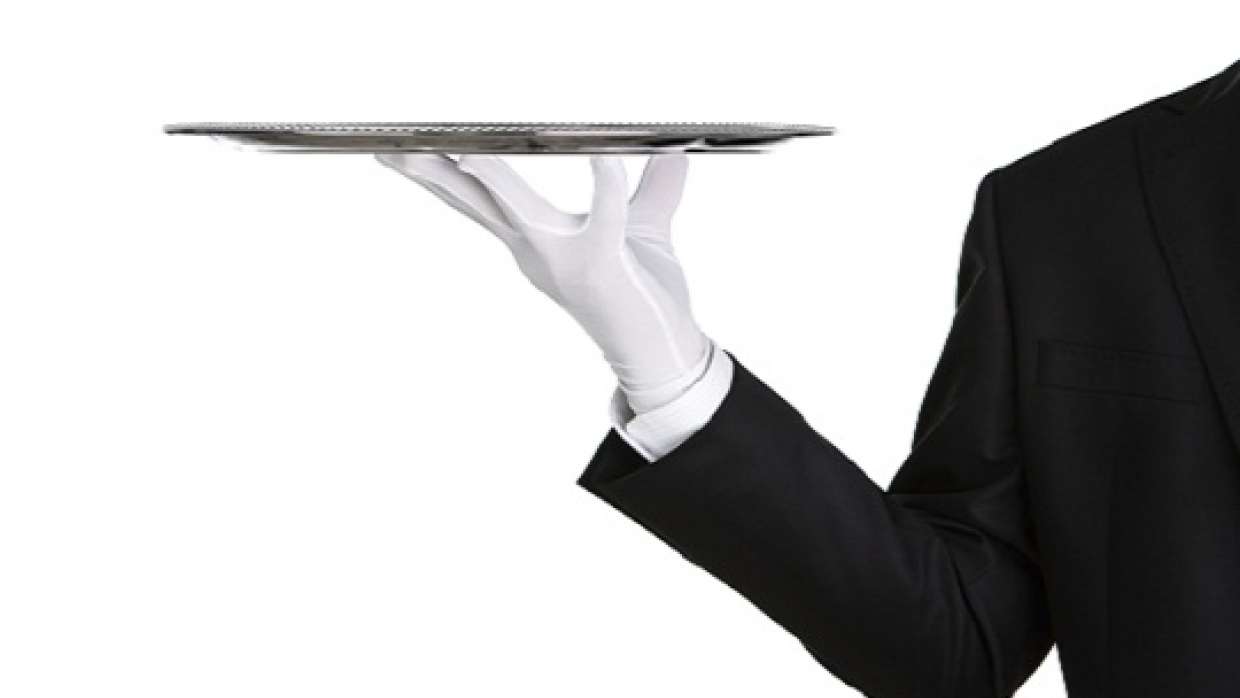 Post September 11 attacks on the World Trade Centre and subsequent US ‘War on Terror’, Pakistan tourism and hospitality industry took a serious beating. It was to be expected, for a ‘frontline’ nation. Things kept on going from bad to worse, until the turnaround in the aftermath of Zarb-e-Azb in 2014.

With governments on all five continents issuing travel alerts, advisories and warnings describing Pakistan as a ‘no-go’ destination, so grim was the situation that essential meetings of multinational, corporate and multilateral agencies were moved to Dubai, Bangkok, Malaysia and various European capitals.

“Our business had taken a nosedive”, said Mustansir Zakir, Chairman, Pakistan Hotels Association. The ratio of foreign tourists slided to only five percent from a peak of up to 28 to 35 percent prior as we got embroiled in the war in Afghanistan and the terrorism that was unleashed as a consequence. The overall hotel occupancy rate declined to a woeful 20 to 30 percent. During that period, the revenue per available room less than halved (RevPAR revenue divided by rooms available in a given period), went down to less than half, from Rs2500 to Rs1200.

Hotels in those days were at best running at break-even or bleeding losses. “Hotel business is like a plane or a vehicle; if one parks it for a longish period, and it goes to rot, it would take a greater investment to make it operational again. For that reason, we suffered losses but kept it going,” said Mustansir Zakir, also a Director in Hashwani Hotels Limited along with being the head of Pakistan Hotels Association.

After 2001, the only foreigners coming to Pakistan were from the US and other countries involved in the Afghan war. The same had happened during the 1980s when the USSR occupied Afghanistan.

“In times of war, the pattern of visitors changes, and businessman or common folk are replaced with the government officials,” said Erik Huyer, GM of Avari Towers Hotel.

After Zarb e Azab, and now Radd-al Fassad hospitality industry is regaining momentum. “The Pakistan Army’s endeavour has now started producing results, and the confidence of people is being restored,” he said. But he was quick to add that it will take time for negative image to changed, especially since unfortunately government’s role is non-existent”, Mustansir Zakir said.

The good news is Pakistan has regained its occupancy to 60 to 75 percent “now we are enjoying the business as we have regained our occupancy rate to the extent that I am declining every client who insist on concession,” said Yasir Ahmed, Manager Sales and Marketing of Mehran Hotel.

However, share of foreign tourists figures to only 7 to 8 percent which, according to market experts, needs to be to at least 25 percent.

That said, there are positive indications. Only recently, Karachi hosted members of Bohra community from different parts of the world and almost all hotels were booked, even mid-range hotels in Saddar area, did good business after quite a while.

Pakistan’s hospitality industry contains more than 10,000 hotels including three, four and five star hotels comprising 50,000 rooms all over the country. But the revenue per available room is way low at $150 – nearly half if one compares with India where the same star hotel yields $300 to $350.

The Asia conference, the ABAD and the Ideas were good for the hotel industry, as many foreigners came for these. In addition, the multinationals have also restarted having business meetings and conferences here, instead of going abroad.

The industry share in the GDP is 3 percent, but it can be doubled in short order given the right environment, said the Chairman, Pakistan Hotel Association.

Presently, as Mustansir termed it, the situation has been retrieved a great by recapturing business and internal growth, but if the government takes steps to attract foreigners, it can really produce results.

The lack of investment is an issue. In the last 30 years, population has doubled, yet the country has seen no new 5 star hotel, the Lahore Avari being the last to have opened its doors in 1988.

The hospitality industry can only thrive when government of the country has vision about it, “we used to hear and study five-year plans in our economy books. Where are they now?,” said Mustansir Zakir.

The Northern Areas of the country can have a major chunk of tourists. But even with the peace returning, there are questions roads being blocked from landsliding, quality of food and other necessities, and the rest houses not having gas for fire in extreme cold. Such issues deprive an intended visitor’s confidence, and he goes over to Dubai. “With proper arrangements up north we can retain over outgoing tourists and bring foreigners over too for our mountains, lakes and valleys are indeed magical,” Mustansir said.

Then, if you compare Karachi-Islamabad airfare, it is more expensive than Karachi-Dubai.

The government ought to not just rationalize taxes on the hospitality sector, but also simplify the procedure as dozens of taxes are collected by various departments, said Mustansir.

If the government encourages investment by rationalizing taxes, giving land at subsidized rates and provide infrastructure and other facilities, it will earn a whole lot more than what it is making now as the sector shall bring in a greater number of taxpayers.

When tourists arrive in a country, they spend the entire amount they had allocated for their holiday – not just on hotels, food and sightseeing but also shopping.

A former General Manager of Marriott, Karachi, Mustansir said, it was commissioned in the 1990s while Marriott Bombay became online in 2000s. While the former’s occupancy rate is around 60 to 70 percent while the latter is above 90 percent round the year – a clear indication of the difference between two neighboring markets.

Due to active tourism, hotels in India and Bangladesh across the board have more than 90 percent occupancy rate, with 50 percent of it being the foreigners.

Pakistan has five to six percent population growth which is a good sign from business perspective for example if Hashoo Group opens a new hotel they already have trained staff to run it so added cost won’t be high for the new hotel.

The Hashoo Group of Companies has launched a Pearl Continental in Gwadar, while four mid-priced hotels, under the banner ‘Hotel One’ were being opened in Multan, Muzaffarabad and Mirpur in Azad Kashmir and at Hayatabad, Peshawar.

The Avari Towers Hotel is also going to launch five mid-priced hotels in the next one year and a half.

“The likes of Hashoo Group and the Avaris have an inherent advantage: they already have trained staff to run their new ventures, and that curtails cost and effort.”

Lahore in the lead

Among the various Pakistan cities, Lahore is doing greater business than others as it is more developed than others.

The plight of the industry can be gauged by its lack of attracting investment. To the extent that since the early 1990s no big hotel has been launched across Pakistan, just five to six mid-level hotels, and these too in the last four years in Islamabad and Lahore.

The Ocean Mall was approved and developed as a hotel property only to be redesigned into a shopping mall when potential in hospitality business diminished, said Mustansir.

Mustansir Zakir presently does not see much of a CPEC role in hospitality industry’s revival, saying at the moment for 10 people Chinese companies hire a room with a common washroom and common dining room.

In future, it can benefit the hospitality industry but government needs to make a plan first, by providing land at subsidized rates for take time to build. The Chinese will stay at hotels constructed by the CPEC routes and the government will benefit through taxes. “But I don’t see any discussion on this in the government circles”, says Mustansir.

The government should give infrastructure and security to hospitality industry; it can give land lying redundant to hoteliers so that they could start business. It will create facilities and generate tax revenue. In order to build theme parks to attract people towards tourism, the government should give tax exemptions for the machinery and equipment that needs to be imported. .

The Pervez Musharraf regime worked on hotel industry but since then nothing. The government holds meetings with them time to time but they don’t see any result, said Mustansir telling Once Zardari called a meeting and told us about a plan to build hotels near Haleji Lake when I asked whether the government is making infrastructure for the project he had no satisfactory answer.

Japanese come to visit Taxila, one of the premier Buddhist heritage sites, but they don’t find any hotel close by so they can’t stay more than a day, which is a great loss.

Though law and order is stabilizing, yet the security remains a huge issue, adding to the cost of doing business. For instance, the hotels that used to hire 20 guards now have 120 instead.

How the government can help? Malaysia’s is a case in point on how to give a shot in the arm to tourism: the government floated international tenders for five hotels and one theme park. The land was granted gratis, and topped it up with tax break for 20 years on conditions that the foreign hoteliers will hire locals up to the position of supervisor while the Malaysians will gradually be inducted into managerial positions as well. That is how they turned an uninhabited area into a vibrant tourist place.

Due to the food and cultural diversity, Pakistan can be a tourist attraction.The Pakistani food alone has the potential to keep clients revisiting the country. “Pakistani food is not boring, every area of the country has its own specialities.”

According to the World Tourism Organization, the Chinese will spend $15 billion on many segments of tourism in 2018. “We may not be high on the entertainment-seeking segment, but there are others, like those having visited the west now wanting to see other parts of the world, visiting historical places like Taxila. “If we could somehow lure $1 billion worth of Chinese tourism, we could be far ahead from where we are today,” said Mustansir Zakir.