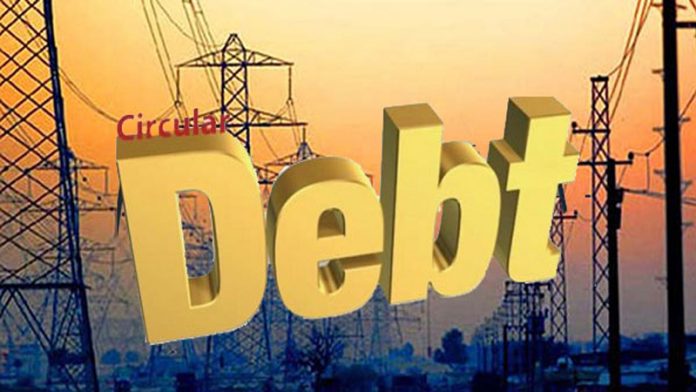 ISLAMABAD: Another effort is afoot by the federal government to clear power sector’s circular debt which has soared to Rs525 billion due to persisting poor performance.

This plan comes despite the governments move to form a new Ministry of Energy by joining together of Power and Petroleum Division, reported Business Recorder.

Around 430 billion is already held in Power Holding Private Limited (PHPL) courtesy power distribution companies, who pay interest on the above stated amount, which now stands at a total of Rs955 billion.

When the PML-N came into power after elections in June 2013, it cleared Rs480 billion of circular debt in dubious fashion, which remains under scrutiny by various sections of parliament. Auditor General of Pakistan’s office has also voiced objections in the manner govt cleared the circular debt of Independent Power Producers (IPPs).

Power division which is responsible for maintenance of circular debt issue with assistance of Finance Ministry says the figure stands around Rs430-450 billion.

Billing volume against private sector touched Rs339.36 billion from July-September 2017, whereas collection reached Rs295.18 billion. Karachi Electric owes Rs68.75 billion of payment for supply of 650-megawatt electricity from the national grid till September 2017 against Rs60.07 billion at end of June 2017.

In this regard, Secretary to Prime Minister Fawad Hasan Fawad is undertaking inter-ministerial consultation with Secretaries Petroleum, Finance and Power Division including Managing Director PSO to present a possible solution to Cabinet Committee on Energy (CCoE) for consideration.

On the contrary, Petroleum Division said that no workable solution has been found besides providing temporary relief.