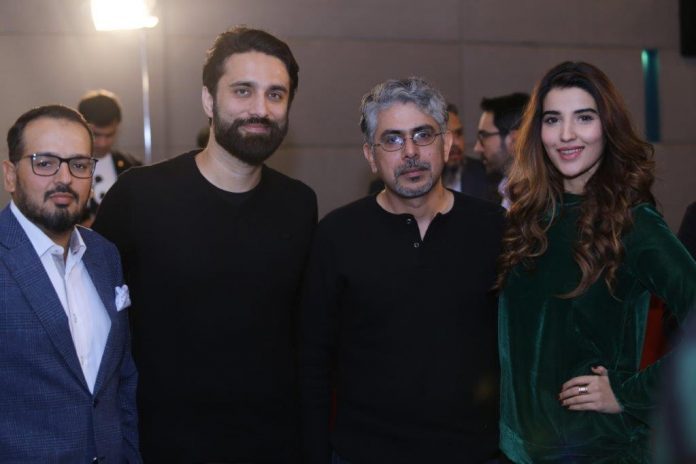 KARACHI: Star-studded premieres of “Peek Freans presents Gluco Allahyar and the Legend of Markhor”, the latest animation movie by ARY Films and 3rd World Studios in collaboration with EBM was recently held in Lahore at Cinestar Township Cinema and in Karachi at Nueplex Cinema on January 30 and 31 respectively.

The story revolves around the hero, Allahyar (Anum Zaidi) and his animal companions Mehru (Natasha Humera Ajaz), Hero (Azfar Jafri) and Chakku (Abdul Nabi Jamali) as they gather courage and strength to embark on a journey to fight the evil hunter Mani (Ali Noor), and save the endangered species.

The movie is written, produced and directed by the talented Uzair Zaheer Khan. The rest of the voice-overs are done by celebrities including Ali Rehman Khan, Hareem Farooq, Arshad Mehmood, Nadia Jamil, Amjad Chaudhry, Arieb Azhar and Ahmed Ali.

“We have received an exceptional response at the premieres, and we are confident that the movie will get a similar response once it releases nationwide on February 2,” stated Salman Iqbal, Founder and President of ARY Digital Network.

Peek Freans Gluco, a favourite amongst millions of children and mothers alike, is the secret behind Allahyar’s strength, energy and resilience that sustains him throughout his adventures.

English Biscuit Manufacturers (EBM) Managing Director and CEO Dr Zeelaf Munir said, “We are proud to be the official sponsors of the movie that has such a powerful narrative that depicts the importance of wildlife conservation, a cause EBM has always believed in and supported.”

“Gluco Allahyar is the best locally produced animated movie in Pakistan so far, and we are thrilled to be associated with it. It has a strong theme, fun and laughter as well as catchy music that makes it a perfect movie for adults and children alike,” stated ARY Digital Network CEO Jerjees Seja.

EBM Head of Marketing Ayesha Janjua said, “Gluco Allahyar is not only a visual treat but also has a meaningful story-line and a strong lesson for children and adults alike. We are sure the audiences would be able to connect to the movie.”

“It was a surreal feeling to see the audience’s live reaction to the movie at the premiere which has taken us two years to conceptualise and produce. The credit goes to our entire cast and crew who have worked tirelessly to make Gluco Allahyar and the Legend of Markhor possible,” stated Uzair Zaheer Khan, the owner of 3rd World Studios.

Gluco Allahyar and the Legend of Markhor is releasing in cinemas across Pakistan under the banner of ARY Films on February 2, 2018.