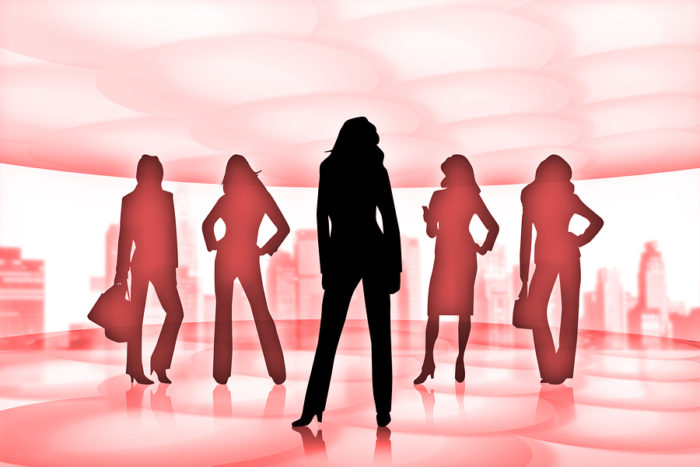 Working longer hours than the usual nine-to-five, her day starting at 9 am but extended up to 7 pm a little more than two-thirds of the minimum national wage, Rubina Ahmed*, a mother of three and the sole breadwinner for her family, works at a garments factory where she stitches buckram [hard fabric] in shirt collars and cuffs. Her work is an economic lifeline for the family, for Rubina’s husband, an expert bricklayer, has been out of work for three months on the go.

“I am happy with the job. They pay me Rs 10,000 a month and I also receive overtime when I work on Sundays. They also serve us a cup of tea twice a day,” said she.

Living in one-room house in Manzoor Colony, Rubina was a bit jittery on knowing that her interview may get published, for the fear she may get sacked when she was desperate to hold onto her job.

Rubina and other workers don’t even know who the clients were or what brands were they producing. “We are only told that the stuff belonged to this Bhai (literal meaning, brother) or that bhai.”

Though Rubina is illegally underpaid, the minimum national wage being Rs14,000 a month, the work is a lifeline for her, for if she didn’t have the job, her husband and children may have to face a crisis.

Good, and not for women alone:

Participation of women in the workforce is not only good for women and their welfare but it also mostly relieves men of pressure, Rubina’s husband being a case in point.

Working women may not only help their families in financial crisis like Rubina, their participation is healthy for the country’s economy too.

The IMF research also reflects, where more women are part of the labour force, the country’s GDP improves. Women also tend to spend more on their families and communities when they have disposable income.

According to McKinsey Global Institute (MGI) report – ‘The power of parity: How advancing women’s equality can add $12 trillion to global growth’ – as its title suggests, stressed at all countries to follow regional benchmark, citing the many gains of the female gender being part of the workforce.

The effects of disparity between men and women was quantified and its economic implications assessed and estimated. According to the study, if all countries of a region emulates ‘best-in-the-region’ scenario, i.e. the fastest-improving country, it could add as much as $12 trillion, or 11 percent, to the annual 2025 global GDP.

The global annual GDP by 2025 could observe a growth of $28 trillion, or by 26 percent, in women’s participation in labor markets is identical to that of men, the report added.

The European Union (EU) Commissioner-in-Charge of Justice and Gender Equality recently stated that:

We-NET is a representative platform for women entrepreneurs in Pakistan engaged in trade of goods and services.

“According to global research, it is now an accepted fact that gender diversity positively affects businesses and the economy,” Hyder added. “Women entrepreneurs play a critical role in economic development, by boosting growth and creating jobs. With changing demographics and digitization in Pakistan, it is imperative to recognize the future role of women in Pakistan’s overall economic growth”.

Hyder further explained that diversity in the workforce also brings about diversity in thought and leadership. Innovation has been made easier when there are different points of view being discussed and old stereotypes are being challenged.

The participation of women in the workforce is low in Pakistan. For this reason alone, the competition level must also be lower for the present workforce, mainly consisting of men, due to scarce participation of women. Over the passage of time, it must have made the predominantly ‘men only’ workers away from accomplishing higher standards in a diverse number of fields.

“By providing equal opportunity to women, Pakistan has the ability to push its per capita income to 10,000 dollars in 30 years,” said Illangovan Patchamutha, the World Bank’s Group Country Director in Pakistan.

“Women are more focused when they come at the place of work. It has a reason. Women have to go to work after having done loads of work at home and they have to get back to it,” Tania Aidrus, Google’s ‘Next Billion Users’ Chief of Staff, told Profit.

“But that could not only be attributed to Pakistan. In fact, we have several women leaders in Pakistan – including a former prime minister. We have female top officials at Unilever Pakistan and the UBL,” said Aidrus, who is based in Singapore.

Sima Kamil is the CEO of UBL while the Unilever Pakistan is headed by Shazia Syed, who is the chairperson and CEO of the standout multinational company in Pakistan.

“I don’t see it as an issue. Women might leave their professional life because they want to give time to their families. Organizations have not been restricting it,” Aidrus said.

However, Aidrus confessed that her knowledge about Pakistan’s workforce was mostly confined to big organizations, which were generally MNCs.

Gender gap, leadership is the key:

Leadership in an organization could easily reduce the gender gap, added Aidrus. “If the leadership is right, then I don’t think there would be any issue like gender inequality in the organization. The effects of a good leader trickle down to the bottom.

“Moreover, I don’t think there is a big difference in the number of male and female graduates. In fact we have more females studying medicine. Likewise, there is less female enrolment in engineering, but that’s a global trend,” she added.

Australian High Commissioner to Pakistan, Margaret Adamson said that gender equality was essential for economic and social development globally. “According to a study, I was told once that a loss of $12 trillion has been incurred globally by not having opportunity for women worldwide.”

Just as Hyder of We-NET said, Adamson also held the same opinion that the world has been enduring loss in innovation and invention due to lack of equal opportunities for women.

She added that that to increase economic growth, women should also get equal opportunity just as men have.

Pakistan has made it to the second position, from the bottom, easily making it the worst in terms of gender equality!

With the MGI report in mind, one can safely assume that Pakistan has the potential to take a great leap forward – provided not only a promise of equal opportunity but also a multifaceted secure environment is ensured for the other half of the population.

Kaiser Bengali, a renowned economist, offered a divergent view. “If the work is available but the labor is short in the market then this assertion that inclusion of women in the workforce will add to GDP is understandable. But in Pakistan’s case, where there is already unemployment for the present workforce, gender-based diversification of the labor force wouldn’t help,” he said.

Bengali said that from justice and equality perspective, women should have equal opportunities as compared to men. “But I at least don’t know if there’s any evidence that more women participation in the workforce would increase GDP here.”

He added that he also hasn’t seen any evidence that a diverse workforce is more productive or efficient.

“It may be true that a diverse labor force is more productive and efficient. But it may not be true too. There’s no evidence to prove this at the moment – as we have evidence that a literate workforce is more efficient and productive than an illiterate  one,” he explained.

However, according to a research paper – ‘Gender Inequality and Its impact on Economy – A Case Study of Muslim Countries’ published in Pakistan Journal of Gender Studies, per capita income of Muslim countries increased with improving the well-being of women.
After studying a cross-section data of 49 Muslim countries, apart from the oil-rich Saudi Arabia and Qatar, the rest showed a trend of negative relationship between per capita income and Gender Inequality Index number.

It means that countries exhibiting better gender equality profile have better per capita income. The study recommended that by observing gender equality, Muslim countries can have positive effects on their economies.

Name* changed on request of the woman.

ILO warns quality of jobs is sliding for global workforce