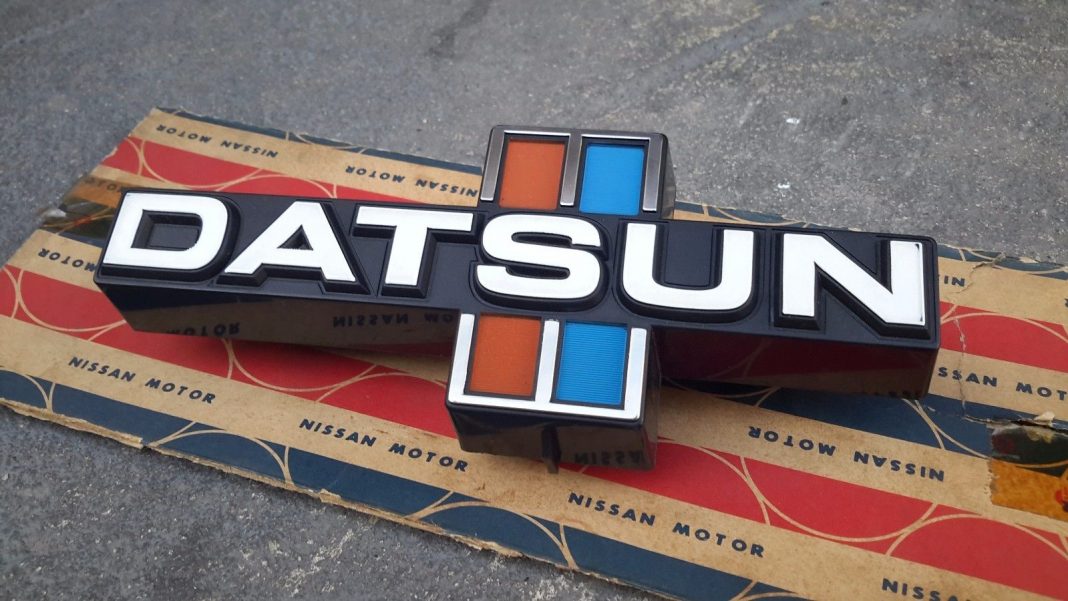 As the CPEC gains momentum, enhancing the feel-good factor and stirring an economic boom across the country, one of the topnotch Japanese automakers Nissan has decided to make a comeback to Pakistan – with its Datsun models. To many a Pakistani, Nissan was synonymous with its now-defunct ‘Sunny’ since the late 1960s. But, having stopped its production for nearly a dozen years, it no longer features as a part of the company’s plans for the Pakistani market.

The first Pakistan-assembled Datsun cars would be plying the roads as early as next year.

At only 17 per one thousand people (translation: only 17 people out of every 1,000 possess a car; Japan in contrast has a motorisation rate of 600), the low motorisation rate in a country of 200 million-plus  people, along with the growing economy and the government’s incentivisation for the entry of new companies under greenfield and brownfield status, has combined to make the auto industry quite lucrative.

Exclusively talking to Profit, the senior vice-president of Nissan Motor Corporation, Peyman Kargar, said, “Pakistan has great potential in the auto industry as the economy is growing while the motorisation rate is quite low.”

Nissan is a global full-line vehicle manufacturer that showcases as many as 60 models under the Nissan, Infiniti and Datsun brands.

Nissan has a global workforce of 247,500 and since 1999 a partnered with French manufacturer Renault. In 2016, Nissan acquired a 34% stake in Mitsubishi Motors. Renault-Nissan-Mitsubishi is at the moment, the world’s largest automotive partnership, with combined sales of more than 10.6 million vehicles in calendar year 2017.

Meanwhile, established in 1981, Ghandhara Nissan is a part of the Bibojee Group of companies. The group is an industrial conglomerate with a diverse portfolio comprising Pakistan’s largest tyre manufacturing unit, automobile assembling plants, cotton spinning mills, a woolen mill and companies dealing in general insurance, and construction. Having two independent assembling facilities each for commercial and passenger vehicles, the company prides itself to be Pakistan’s only automobile company with the capability of assembling a complete and diverse range of products.

According to auto analyst Shakaib Khan, Nissan’s Sunny model was a great success and was well received but its distribution and its spare parts were difficult to find. Nissan previously operated in Pakistan from 2004 before wrapping it up in 2008.

However, Peyman Kargar, who is also the regional chairman overseeing Nissan’s operations in Africa, the Middle East, and South Asia, said that Nissan would be coming this time with a proper plan – its after sales service geared towards long-term customer satisfaction.

Answering a query on Pakistan has huge demand for low engine size cars, Kargar said that it might be true at the moment but Nissan expects Pakistan’s auto industry to evolve.

Though the company’s top officials have largely kept mum when questioned about which Datsun car/cars will be launched, Ghandhara Nissan CEO, Ahmed Kuli Khan Khattak hinted that they will be starting with small cars.

If the market grapevine is to be believed, Nissan would be starting its operation with 1.2 liter Datsun Go, a popular car in neighboring India, which is considered to have similar market characteristics as in Pakistan. When buying a car, price and family size are major concerns for a customer in both India and Pakistan.

Post the upgradation of Ghandhara Nissan’s production facility at the Port Qasim under this new partnership, the capacity would be raised to 32,000 units. Apart from Nissan, Kia and Hyundai have also announced plans to reenter the Pakistan market in association with Lucky Cement and Nishat Group respectively.

According to Ahmed Kuli Khan Khattak, if required the capacity would be increased with another phase of investment of Rs1.5 to 2 billion. Khattak said this on the occasion of officially announcing Ghandhara Nissan and Nissan Motors Company partnership recently.

Peyman Kargar believes that Pakistan has a good balance of imported used and locally manufactured cars at the moment because customers were given limited choice by the existing auto makers.

“Consumers must have choice, when the manufacturers are fewer. Moreover, each of them is manufacturing just one or two products [in a given engine size],” said Kargar.

Meanwhile, Kargar added that the restriction on imported used cars of under three years is a good regulation to restrict flooding the market at the expense of local industry.

“As far as local industry is not ready to provide cars to customers at par to the demand and to their satisfaction, authorised import of used cars up to a level is fine. It is a sensitive balance,” he said.

The countries where import of used cars was not allowed, Kargar informed, the local industry was in a mess.

The vexing issue of delivery period:

Kargar further said, Pakistan’s automotive industry is growing and there’s even greater potential in the industry. The market size is expected to grow by about 50 percent in the next four years – to 300,000 new units from the present 200,000.

The Pakistan customers deserve the same cars as other parts of the world get, said Kargar, adding, “the customers would move to another brand as soon as they have a choice.”

“Nissan would not be compromising on quality and if the current supplier of parts in Pakistan fails to deliver then they wouldn’t be buying parts from them anymore and would nurture new quality suppliers”, said Kargar.

Kargar further said that Nissan would be making differentiation for itself in Pakistan market with quality product, competitive price and negligible delivery period. He added that by providing cars in time, it will prompt other industry players to do the same.

Kargar said, Nissan’s wouldn’t be doing that and would be using the money of the customers only for what they have paid for and nothing else.

Kargar, who hails from France, also said that Nissan believes in localisation and would initially be starting with 20% indigenous parts and would gradually move towards greater indigenisation of its cars provided that production increases.

The Nissan SVP said, the process of localisation depends on the number of cars produced. The cost-benefit ratio is higher when importing parts compared to producing them in host countries with low demand levels.

Moreover, he said that the volatile exchange rate in Pakistan makes localisation process more feasible and it would be necessary in order to become cost competitive.

Ahmed Kuli Khan also talked of preferring CKDs (Completely Knocked Down) over CBUs (Completely Built Units), though initially production would be on both prongs.