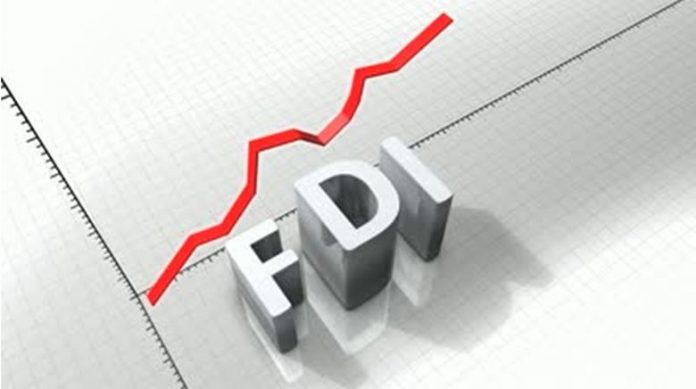 According to data released by the State Bank of Pakistan (SBP) on Tuesday, the country attracted FDI of $152.7 million in March, down 52 per cent from $318.3 million in the same month of the preceding year.

China has been the primary foreign investor in recent years, mainly because of the China-Pakistan Economic Corridor (CPEC) project. Investment originating from Beijing amounted to $1.34 billion in July-March, which accounts for almost 64 per cent of total FDI received. China invested $797 million in the same period of the last fiscal year, SBP data shows.

Countries that pulled their investments from Pakistan during the same period were Norway ($116.4 million) and Kuwait ($28.9 million).

The construction sector received net inflows of $525.4 million in the nine-month period, more than double from a year ago. Financial businesses received $255.5 million, followed by the oil and gas exploration sector ($154.6 million), trade ($72.3 million), cars ($52.6 million), and electronics ($41.7 million).

“The stagnation in FDI calls for a more concerted policy effort. Although the improved power supply and law and order situation has provided some comfort to the business community, a lot remains to be done to advance the business-friendly image of Pakistan among foreign investors,” the SBP said in one of its recent reports.

In the World Bank’s Doing Business 2018 ranking of 190 economies, Pakistan stood at 147th position, only above Bangladesh (177) and Afghanistan (183), its regional peers.

Foreign portfolio investment, which includes funds invested in shares and debt securities, amounted to $2.45 billion, up 150.7 per cent from a year ago.