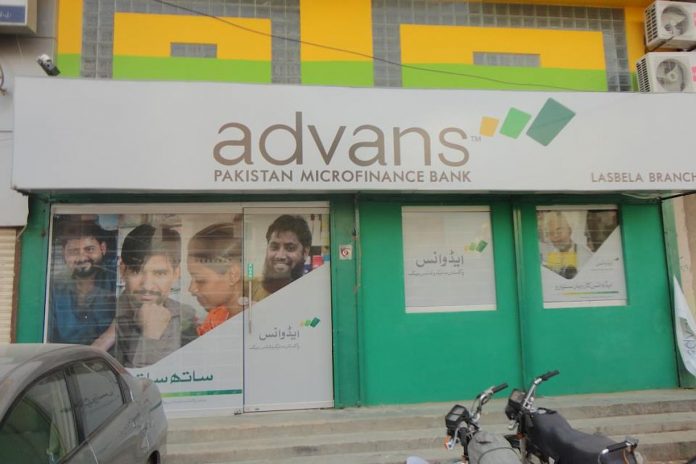 At times, the real measure of dividends of peace can be hard to quantify.

But for Advans Pakistan, one of the 11 microfinance banks with a licence to operate in Sindh, the recent improvement in Karachi’s law and order situation has had a direct bearing on its cash flows – and profitability.

After accruing losses and bleeding capital since its incorporation in 2012, for the last year and a half, Advans Pakistan has been on a three-digit growth spree.

It’s finally going to achieve break-even this year, thanks to the ongoing paramilitary-led operation in Karachi that improved the overall security situation and to a large extent eliminated extortion rackets.

“There were a lot of security issues in 2013, 2014 and 2015. Lots of strikes. Operating in Karachi was not that easy. So during this period, our growth was not that big, as we were based exclusively in Karachi. We had expats, so we couldn’t even go into the field,” bank CEO Zine El Abidine Otmani told Profit in a recent interview.

Microfinance banks aren’t required to release their financial accounts publicly. However, the Pakistan Microfinance Network (PMN), which is a representative body of microfinance providers, publishes key performance indicators on a quarterly basis.

Incorporated with a paid-up capital of Rs1.2 billion, the bank currently has 10 branches in Sindh with an outstanding loan portfolio of Rs700 million and a deposit base of Rs500 million. But an overwhelming part of these assets and deposits came into being post-2017.

“We’re in a more aggressive phase of growth now,” Otmani said in a thick accent revealing his Middle Eastern roots.

Advans Pakistan is looking to more than double the size of its loan book in the remaining months of 2018 – expecting to touch Rs1.5 billion in terms of outstanding loans by December.

Given that it already added Rs200 million in the first quarter to its portfolio after closing 2017 with Rs500 million, Otmani believes he expects to even surpass the 200 per cent annual target for 2018.

On the liability side, he expects deposits to hit Rs800 million by the end of this year, reflecting a target of 60 per cent growth in nine months.

“Starting from mid-2015, I think Karachi started witnessing an improvement in the security environment. We need to thank the people who worked for it because it’s a real achievement. We restructured the bank in 2016. It was the year when we prepared for the growth phase, which came in 2017,” he added.

Now that the tide is turning in favour of Advans Bank, Otmani plans to go for a national licence. But upgrading the license requires capital, which Advans Pakistan lacks at the moment.

The regulator demands that a microfinance bank operating nationally should have more than Rs1 billion in paid-up capital. But heavy losses for more than four years have eaten into the bank’s capitalisation, which has come down by half to Rs600 million.

In other words, the bank needs to raise money amounting to Rs500-700 million to be able to expand nationally.

The strategy of Advans SA SICAR – a Paris-based venture capital investment company that owns 75 per cent shares in Advans Pakistan – is not to create new affiliates for the next three years while strengthening the existing ones across the world. The rest of shareholding in Advans Pakistan lies with the Netherlands’ Development Finance Company (FMO).

“Our shareholders know that we’re going to call for capital. Our Nigerian affiliate is also calling for capital. Two to three big affiliates with big potential need an inflow of capital. But I think they’ll prioritise us,” Otmani said, adding that the sponsors of the bank consider Pakistan among the most attractive markets for microfinance players.

The amount of total outstanding microfinance loans is just north of Rs200 billion in Pakistan. And just 15 percent of more than 200 million Pakistanis have access to formal banking and financial services.

Microfinance players insist that their products and services can play a major role in ending poverty – an assertion that many development economists don’t agree with. Microfinance lenders are known for charging exorbitantly high markup rates – sometimes up to four times the rate that conventional banks usually charge their customers with a sound credit history.

The average lending rate that Advans Bank charges its 8,000 borrowers is in the range of 30-35 percent, Otmani said. In contrast, the benchmark interbank rate that conventional banks charge for lending each other short-term loans is less than 7 per cent.

Otmani blames high-interest rates charged by the microfinance industry on its cost of doing business. “Our clients don’t come to our branches to do transactions. Our staff goes out to meet clients, which costs a lot,” he said.

Moreover, the source of funds also plays a key role in determining the markup rate that a microfinance bank charges its borrowers. It can raise cash through either shareholders in the form of equity (which Advans Pakistan is already doing) or mobilising deposits.

But the problem with deposits is two-fold: one, they take time to build, and two, they’re expensive.

More than one-third of the customer deposits in conventional banks were non-remunerative at the end of 2017. This means a substantial amount of cash was available with conventional banks at no cost at all to give to borrowers. This is unlike microfinance banks though. “The share of interest-free deposits in our total deposits is 20-25 per cent. A majority of people deposit money in savings account,” Otmani said of his 16,000 depositors who receive an average profit of 8.5 per cent annually on their deposits.

Another source of long-term funds for a microfinance bank is institutional lenders, such as conventional banks or development finance institutions, like Pakistan Microfinance Investment Company (PMIC) that was created to help microfinance providers meet their liquidity needs.

“We approached the PMIC (for a loan) and are now in the due diligence phase. We want to raise funds amounting to probably Rs300 million,” Otmani said, noting that the funds will be borrowed for three to five years at an annual interest rate of approximately 10 per cent for onward lending.

This will be a debt and won’t count towards paid-up capital that the bank is trying to raise. Although PMIC has been actively trying to inject capital in different microfinance banks to gain an equity stake and a seat on their boards, Otmani believed his bank would like to maintain the lender-borrower relationship with the investment company.

“I am not sure if PMIC having equity stakes in different microfinance banks and enjoying access to their strategies at the same time is a good idea,” he said.

Local microfinance banks extend a major part of their loans under the individual and group lending methodologies. In the last quarter of 2017, for example, about 64 per cent of the industry’s gross loan portfolio was in the individual category.

Group lending, which involves a microfinance bank loaning money to a number of individuals against a collective repayment pledge, had a share of almost 30 per cent in the industry’s gross loan portfolio.

These two kinds of lending are relatively easy for microfinance banks because they use either collateral or peer pressure to ensure timely recovery of loans.

But there’s a third category of lending, which is not too common in Pakistan. Lending under the micro and small enterprises (SME) category had a share of only 6 per cent in the country’s gross loan portfolio at the end of 2017.

It involves lending to small businesses, such as kiryana stores and roadside chapatti makers. This segment of borrowers elicits little interest from most microfinance banks for a variety of reasons, particularly the absence of formal records and books.

Advans Pakistan is focusing on the MSE segment. It doesn’t demand collateral and solely relies on a cash flow-based analysis of small businesses to determine their credit worthiness.

“We go to the businesses that don’t generally have books. We take all their bills, all in and out avenues of cash and stocks, and start building their cash flows, their income statement, their balance sheet. This takes time. And the client is not paying us for that,” Otmani said, noting that the bank gets nothing out of the whole exercise if the client refuses to borrow at the end.

Borrowers in the MSE category tend to have a bigger ticket size: the industry-wide average loan size in the individual and group lending categories was approximately Rs52,000 and Rs42,000 at the end of 2017, according to PMN data. But the same figure for the MSE category was Rs178,000, three to four times higher than the other two categories.

The average loan size of Advans Pakistan is Rs150,000 with a recovery rate of 98 per cent, which is in line with the industry average.

Otmani said the key to his bank’s recent success is the right appraisal of potential businesses to identify the right kind of borrower.

“We don’t have collateral. Our collateral is the analysis of business. I always say to my team: there’re no good or bad clients. There’re only good or bad loans.”