Sustained growth is possible only with export of value-added goods: IPR 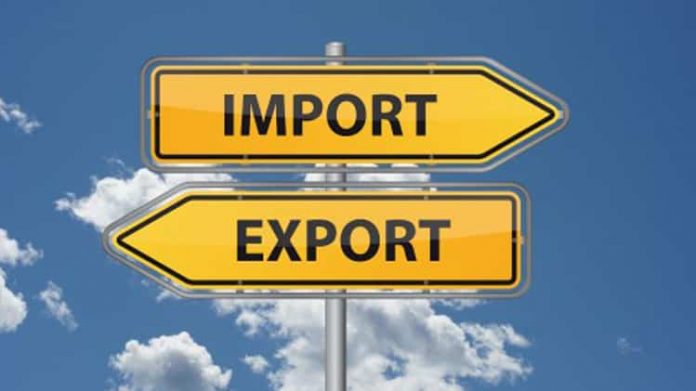 LAHORE: “Sustained growth of Pakistan economy is possible only with export of higher value-added goods”, said a policy brief issued on Saturday by the Institute for Policy Reforms (IPR). To achieve this, Pakistan must increase its focus on science and technology.

IPR’s Brief written by former federal minister and Higher Education Commission (HEC) Chairman Dr Attaur Rahman, recommends that the country must commit in earnest to a Science and Technology (S&T) strategy. This is critical for the country’s future or else “Pakistan risks being left behind permanently”.

The brief noted that Pakistan’s main export product is textiles. While textile constitutes 60 per cent of Pakistan’s exports, it has a mere 6 per cent share in world exports. Overall, manufactured goods are 67 per cent of world trade. Resultantly, Pakistan’s role in world trade is limited because it does not have the value-added products to participate in the bulk of the world market. That is the main reason that its exports do not increase, the brief maintained.

Also, no economy grows on a long-term basis without a dynamic and continually modernising manufacturing sector. The share of manufacturing in Pakistan’s GDP is under 14 per cent, whereas it ranges between 37 per cent to 43 per cent of GDP in middle income East Asian economies. India and Bangladesh, for example, have a share of 30 and 28 per cent of GDP respectively.

To boost manufacturing and economic growth, the S&T strategy must integrate into all aspects of the economy: industry, agriculture, SDGs as well as government.

Support through S&T is the only way for the private sector to productively use the external and internal knowledge needed to manufacture and export value-added goods, the brief maintained.

According to the brief issued, IPR’s S&T strategy has several components. It focuses on education, technical training, research and development, setting up of specialised technology institutions, and effective enforcement of standards and testing.

The brief refers to the weak state of education in Pakistan and emphasises the need for focus on education for improving quality of managerial and line level workforce.

Another key component of the strategy is setting up of specialized training and research institutions. The brief recommends such institutions in a wide range of specialities to build industrial and agricultural competitiveness.

To ensure consistent quality of goods produced in the country, the strategy also recommends the establishment of standards and testing institutions.

Knowledge transfer from overseas is also a key instrument to upgrade industry. The strategy, consequently, recommends making all foreign direct investment (FDI) approvals contingent on the transfer of knowledge. Training and research and development facilities must be a part of investment proposals. These will enhance the country’s absorptive capacity for use of technology in production.

Underpinning the strategy is earmarking sufficient public funds for its implementation. IPR recommends allocation of 3 per cent of GDP for the purpose. Adequate funding is necessary though not enough to ensure successful implementation of the S&T strategy.

IPR cautioned that the world is now into the fourth-generation industrial revolution. Pakistan must prepare for this new era as many manufacturing sectors evolve and take new shapes. Driverless cars will populate roads and robots are staffing factory floors.

For Pakistan, the challenge is not merely to catch up in manufacturing, but to be ready for an evolving manufacturing sector based on artificial intelligence (AI) and robotics. For this, Pakistan must radically and immediately upgrade its engineering capabilities.

Successful implementation of the S&T strategy will bring a boon to industry and agriculture. “Rapidly emerging branches of agricultural engineering offer Pakistan enormous opportunities for increasing output and yield,” read the brief.

Pakistan’s severe energy deficit requires that it also diversifies into renewable energy and development of energy storage systems. Based on these capabilities, Pakistan can later move to advanced areas such as nanotechnology, biotech and genomics, and robotics and AI. Reliance on science and technology is critical for the country’s future because the sector is progressing so fast that a country may be left behind forever if nothing is done to improve the situation, the brief concluded.