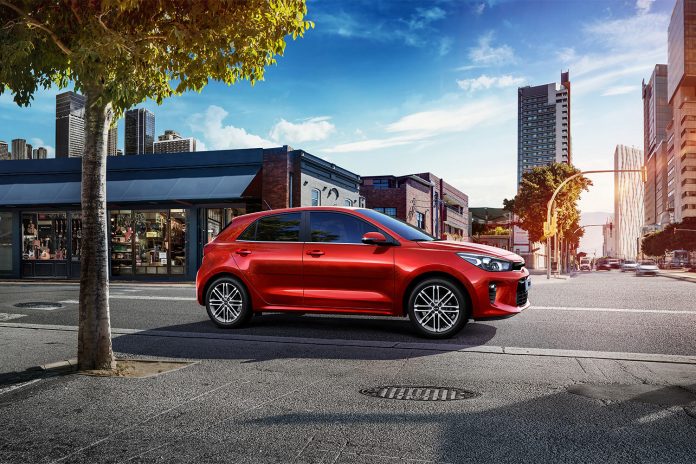 LAHORE: The KIA Rio 2018 has reportedly been displayed at the showroom of KIA lucky motors Pakistan, causing speculation in car enthusiasts about pricing and the possible exclusion of features from the car when it officially hits the market.

As of now, the KIA Rio 2018 has been estimated at a price of around Rs 1.4 million for a 1.0l variant, while the one on display at KIA lucky motors right now is a 1.4l variant assembled in Korea. The cars projected price indicates that it could possibly be serious competition for Suzuki, Honda and Toyota.

The manufacturing of the car in Pakistan is expected to take place somewhere in the next year, but prospective consumers are worried that the car assembled in Pakistan will have fewer features than the one currently on display and that the price will be considerably jacked up.

Globally, the car has done wonders, with 437,000 units sold in 2015, making the Kia Rio one of the most successful models for Kia.

If it is indeed priced within the Rs 1.5 million mark as is being hoped and expected, then the car could give some serious competition to ‘the big three’ companies operating in Pakistan – Suzuki, Toyota and Honda. The car, as it is currently being assembled in other parts of the world, includes important features such as Bi-projection headlamps, which offer increased illumination, electric folding mirrors, KIA’s iconic radiator grille in which most of the airflow used for cooling enters through the lower intake, aero blade wipers, Parking Distance Warning-Reverse, Antilock Braking System, as well as 6 airbags, and a Supervision cluster with 3.5˝ LCD screen.

While at this price the KIA Rio was already expected to give a tough time to cars such as the Suzuki Swift, the rebranded Cultus, and Suzuki’s recently launched sedan, the Ciaz, with the current set of features it could also give the Toyota and Honda flagship cars, Corolla and City, a run for their money. It is even more of a threat given that its design of the KIA Rio gives more of a Sedan like impression than that of a compact car.

Another market that this car could affect is imported Japanese cars. The features that often prompt consumers to buy refurbished cars such are already present in the KIA Rio, and the fact that the cars will be brand new might be enough for the KIA Rio to soon dominate the roads.

However, fears among consumers remain rife that the ‘big three’ will not allow the car to enter the market at such a price. Others have indicated that if the car does indeed sell at this price, then a lot of the features will be taken out when manufactured in Pakistan bringing the car back to the same category as the ones already available.

At present, the KIA lucky motors website claims that the car will have PDW-R, ABS and 6 air-bags, however, it has also run a fine print disclaimer saying “Actual Specifications may vary according to the region.” 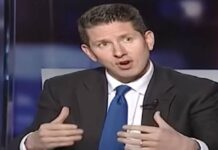 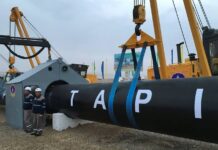 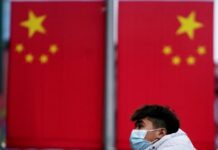