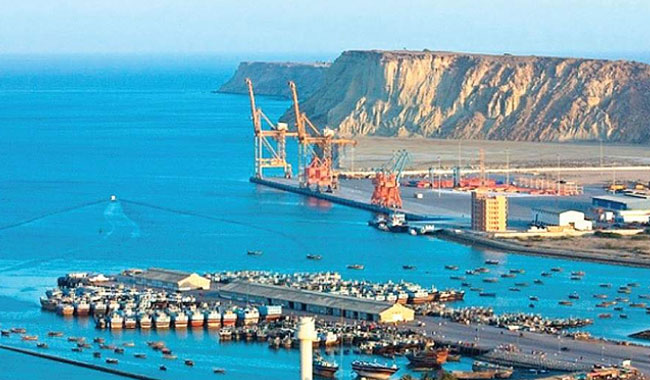 ISLAMABAD: The China–Pakistan Economic Corridor (CPEC) is significant for Azerbaijan, due to the fact this project would allow Azerbaijan to export goods to China.

Ambassador of Pakistan to Azerbaijan Sajid Khan Mohmand said that the goods can be sent to China from Astrakhan via Azerbaijan, Iran and Pakistan.

“We are also expanding the main seaport of Gwadar. By 2025, the port can accept more and more large vessels, and there are transport corridors within the Lapis Lazuli project and the Ashgabat agreement that connect Azerbaijan with Pakistan and Central Asia, all of which can be of great importance for Azerbaijan,” the ambassador was quoted as saying by Azerbaijani newspaper “AzerNews” on Tuesday.

CPEC is a collection of infrastructure projects that are currently under construction throughout Pakistan. Originally valued at $46 billion, the value of CPEC projects is now worth $62 billion.

CPEC is intended to rapidly modernize Pakistani infrastructure and strengthen its economy by the construction of modern transportation networks, numerous energy projects, and special economic zones.

Trade and economic contacts occupy a significant place in bilateral relations between China and Azerbaijan.

The process of interaction between the two countries was marked by constant tendencies of expansion and strengthening of cooperation.

The cooperation between China and Azerbaijan strongly contributes to the realization of the Great Silk road program.

China became Azerbaijan’s 4th largest trading partner in 2017. Customs data of Azerbaijan estimated bilateral trade at a record close to $1.3 billion in 2017, up 33 percent from the previous year.