A brief account of Pakistan’s relationship with Ukraine after the dissolution of the Soviet Union. 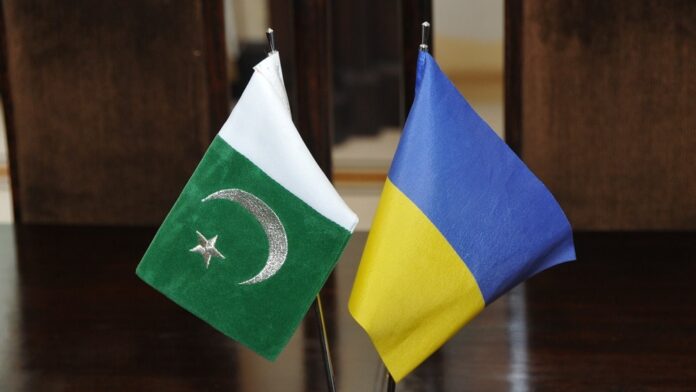 As the crisis in Ukraine deepens, its effects on the world are far-reaching. Crude and Brent have reached 7-year highs, equity markets around the globe are facing steep decline, and the Pakistani premier has held bilateral meetings with Russian President Vladimir Putin.  While the impact on the globe and Pakistan has been direct, there are also larger implications for Pakistan because the country being invaded is Ukraine.

Historically, Ukraine and Pakistan have had a steady relationship based on bilateral trade since the former became an independent nation at the time of the dissolution of the Soviet Union. In August 2021, the Foreign Minister – Shah Mahmood Qureshi said that Pakistan highly values its relations with Ukraine, and desires to enhance bilateral cooperation in all areas of mutual interest.

At present, there are numerous dimensions to the relation between the two states including economic, trade, military, technology, and infrastructure projects. The two vital aspects to this relationship are military and economic trade essentially revolving around weaponry and agricultural output.

The total trade between the two stood at US$ 801.2 million during 2021 including Pakistani exports to Ukraine of US$61.7 million and imports of US$ 739.51 million. Since the inception of Pak-Ukraine relations in 1996 (four years into Ukraine’s independence), Pakistan has been a loyal customer for Ukraine’s armored battle tanks with multiple acquisition and upgradation contracts in place. Apart from military vehicles, 39% of Pakistan’s total imported wheat comes from Ukraine courtesy of a massive supply and demand mismatch in Pakistan. In 2021, the principal import from Ukraine to Pakistan was Cereal (mainly wheat) amounting to US$ 477.8 million, followed up by seeds and fruits, and iron and steel.

On the flip side, Pakistan’s exports to Ukraine have been rather conventional with the primarily focus on staple fibers (cotton yarn, jute yarn, wool yarn, silk yarn etc.) – essentially half of the total exports to Ukraine, followed up by Edible fruits, nuts, rice, raw cotton etc.

Pakistani startups have raised $284mn in first half of 2022, but are expected to close the year...