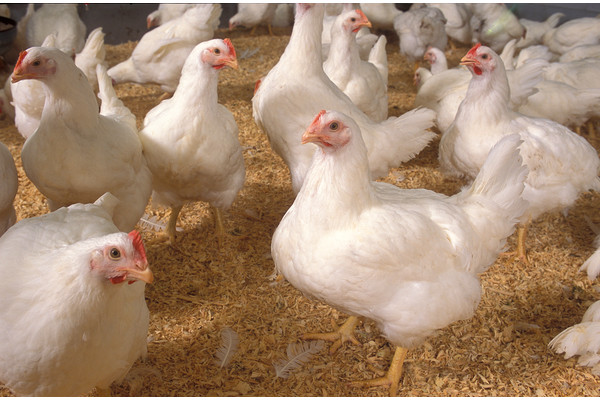 LAHORE: Pakistan Poultry Association (PPA) announced a decrease in the price of chicken at the rate of Rs12 per kg to provide relief to people.

As a result of successful dialogue between provincial minister for Livestock and Dairy Development Mian Nauman Kabeer and Pakistan Poultry Association made this decision, says a handout issued on Friday.

Minister Mian Nauman Kabeer and Provincial Minister Zia Haider Rizvi met a delegation of the PPA at the Civil Secretariat.

The delegation, led by Abdul Basit, apprised the ministers about their problems regarding taxes levied at hatcheries and poultry farms.

The livestock minister assured the delegation of solving their genuine problems. The meeting was told that the latest research should be employed for increasing production of meat and eggs for exporting the same to the Gulf countries.

Mian Nauman Kabeer said that livestock officials should keep the chicken farmers informed about different diseases so that poultry industry could remain safe from the negative impact of the monsoon season.

Appreciating the decision, the minister said that the caretaker government was committed to the welfare of people and every possible step would be taken to provide relief to masses within the mandate.

He also appreciated that Saudi Arabia, Abu Dhabi, Qatar and Oman had termed Pakistan a totally bird-flu-free country and the PPA should give special attention to the export of poultry to Gulf countries. In this regard, the Punjab government would provide necessary assistance, he added.

Finance Minister Zia Haider Rizvi said that caretaker government has no political agenda and its time period was limited. Its prime objective was to hold free and fair elections.