SECP directs PSX to remove Lawai as PSX Board chairman 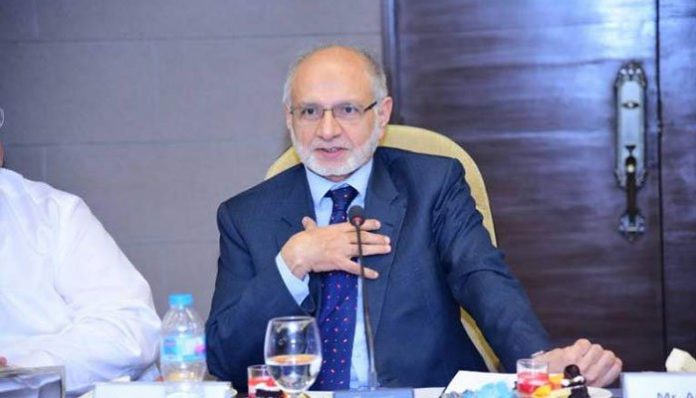 The SECP issued the direction considering facts that First Information Report (FIR) dated July 6, 2018, has been registered by the Federal Investigation Agency (FIA) under Pakistan Penal Code read with Prevention of Corruption Act, 1947, and the Anti-Money Laundering Act, 2010. The said FIR, among other individuals, also nominated Lawai as one of the accused, and the FIA has arrested him for further investigation.

In the interest of the public and the capital markets, SECP has directed PSX to remove Lawai and appoint a new Board chairman, while ensuring compliance with the regulatory requirements.

The PSX board held a meeting over the meeting to take stock of the situation and believed any action in the context of Mr Lawai should be kept suspended since no directives had been received from the Securities and Exchange Commission of Pakistan (SECP.)

Also, the board said the FIA proceedings against Mr Lawai had no relation to the PSX and pertained to an unresolved problem with another bank.

It added since the PSX rules didn’t stop an individual from holding the position of Chairman of PSX till the person was convicted or he resigned.

As a result, the board nothing of this sort transpired, hence the board decided to keep an eye on the developments.

On Sunday, a three-judge bench, headed by Chief Justice Mian Saqib Nisar, summoned the CEOs and presidents of the Summit Bank, Sindh Bank and United Bank Limited (UBL) and others mentioned in the FIR registered by the Federal Investigation Agency (FIA) over money laundering charges.

The FIA investigation has also revealed names of the beneficiaries of suspicious transactions, including those of former president Zardari and his sister Faryal Talpur as members of the Zardari Pvt Ltd.

Pakistan Stock Exchange Chairman Hussain Lawai, a close aide of Zardari, and co-accused Taha Raza, the corporate unit head of the Summit Bank, have already been arrested by the FIA.

On a request by FIA director general Bashir Memon, the court ordered the freezing of Rs7 billion deposited by the Summit Bank as its equity in the SBP.

The FIA chief told the court that the inquiry into the suspicious transactions was initiated in 2015 on a source report and, as a result, 29 ‘benami’ accounts were identified.

Of these 16 were in the Summit bank, eight in the Sindh Bank and five in the UBL. Seven individuals were involved in suspicious transactions of Rs35bn, he added.

The chief justice said that when he was in Karachi recently, he got a clue that the Summit Bank was being merged with the Sindh Bank and he had to intervene by asking the SBP governor to stop the process.

The FIA DG regretted that the bankers were not providing required records to the agency.