Investors to keep track on potential inflows from multilateral institutions 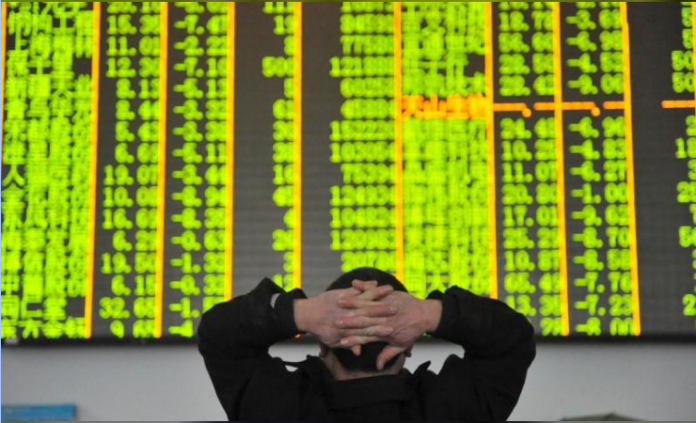 LAHORE: Experts believe that investors are going to keep a strict check on the economic development of the country with regards to its burgeoning balance of payments crisis in the next week.
They told Pakistan Today that any positive development on the potential inflows from multilateral institutions, friendly countries or both may be cheered by market participants.
Likewise, a number of blue chips are expected to announce the financial results during the week where better than expected results may trigger a rally in select scrips and sectors.
The last week largely remained lacklustre for the market amid a lack of convincing triggers even as the upcoming political administration started taking shape with the formal nomination of Imran Khan as PM  and Chief Minister KPK. However, none of the newsflows on reshaping the political arena succeeded in lifting market sentiments following persistent macro issues. The market, resultantly, crept up a marginal 0.8 per cent as compared to the preceding week at 42,842 points.
Investor confidence has gradually been returning post clarity over the political front. A wait and watch strategy was broadly visible as volumes plunged during the last week. On the macro front, some temporary respite for the balance of payments seemed to emerge in the form of loans from friendly countries and other sources such as a $4 billion loan from the Jeddah based Islamic Development Bank and groundwork on diaspora bonds.
The proposed diaspora bond is said to be expected a 5 year, $1 billion bonds priced at an attractive 7-8 per cent. Additionally, details emerged on the tax collection of the amnesty scheme where the Federal Board of Revenue (FBR) reported to have booked Rs97 billion as taxes by the end of the fiscal year 2018 that was around per cent of the Gross Domestic Product (GDP). Whereas another Rs23 billion were collected in July.
Foreign investors offloaded significant positions last week with net selling of $38.6 million recorded during the week. Most of that was tracked in oil and gas and banking sectors as the oil and gas sector recorded $14.1 million and banks at $10.6 million. On the other hand, insurance and individuals remained the largest buyers with $16.7 million and $10.8 million.
Market activity appeared tilted towards blue chips during the week amid an overall dip in market activity as evident by the 27 per cent contraction in ADTO to 208 million shares and 19 per cent constriction in ADTV to $78 million.
Major sectors were cement gaining 6 per cent and automobiles 4 per cent as compared to the past week followed by sound performers. Food producers and commercial banks stayed major losers dropping 1.6 and 0.7 per cent as against the preceding week.
In addition, key highlights of the week were cotton crop seen collapsing by 21 per cent on year on to 11 million bales in 2019 due to water shortages.
- Advertisement -
Facebook
Twitter
Linkedin
WhatsApp
Email
Previous articleVarious hydropower projects along River Indus neglected due to govt inefficiencies
Next articlePEPCO continues to function despite directions for dissolution by the former cabinet