Recently, the Auditor General of Pakistan (AGP) on the directives of the Supreme Court (SC) of Pakistan summoned the last 10 year’s financial records of the company to shed light on some alleged discrepancies in some financial disclosures made by the national carrier. 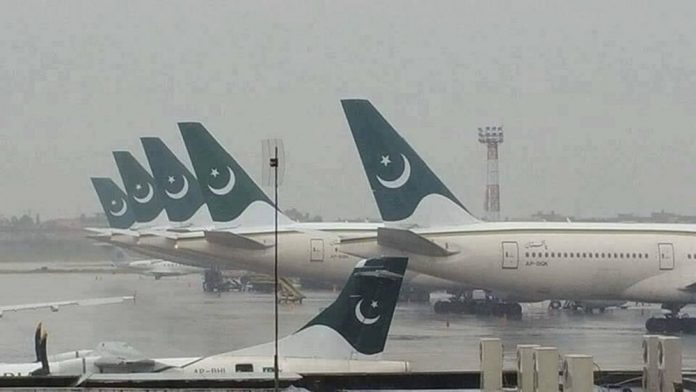 LAHORE: Pakistan International Airlines (PIA) management and its finance department seem to be at loggerheads in the aftermath of a letter written to the chairman and members of board audit committee bringing attention to the allegedly biased behaviour of the top management with the department.

“The finance department has been endeavouring heart out to manage the depleted cash flow of the company in order to keep the operations afloat. The budget plan for the year 2018 approved by Board of Directors projected a substantial cash requirement of Rs111 billion for the year 2018, i.e., average monthly financing requirement of Rs9.25 billion. The finance department is making all-out efforts to meet this shortfall which prima facie appears to be quite possible, nevertheless we have managed to arrange fresh loans amounting to the tune of Rs91.13 billion during the period of September 2017 to July 2018 including $115 million for the B777 engine overhaul that will be disbursed this month,” read the letter.

The letter termed the transfer of eight finance officers who were professionally qualified accountants and were recently trained on the ERP system as a deliberate attempt to weaken the finance department and added that the department is being singled out in terms of internal promotions and hirings.

Regarding the foreign posting board, the letter alleged that its meeting has not been convened for a long time that has led to 11 key foreign stations being inadequately manned causing various inefficiencies.

In the aftermath, PIA CFO was removed from his position on Thursday, August 16.

Recently, the Auditor General of Pakistan (AGP) on the directives of the Supreme Court (SC) of Pakistan summoned the last 10 year’s financial records of the company to shed light on some alleged discrepancies in some financial disclosures made by the national carrier.

Sources close to the PIA management commenting on the condition of anonymity alleged that the finance department was purposefully creating hurdles in the transfer of financial records to the AGP. According to them, the AGP had asked the department to give assurance by signing the records before submitting them, which the department was reluctant to do so.

The PIA finance team has also been under the scanner after a letter written by the AGP addressed to the national flag carrier, revealed discrepancies in the financial data of around Rs8 billion. PIA had received Rs31 billion from the commerce ministry but the management disclosed a sum of Rs23.565 billion.

PIA CEO Musharraf Cyan issued show cause notice to the CFO in this regard and gave him three days to respond and explain why faulty data was forwarded to the AGP.

Sources alleged that instead of giving a proper response, the CFO wrote the said letter in retaliation and deceitfully got it signed from the said signatories by only forwarding them the last of the three pages.

Sources further alleged that the PIA board’s audit committee had already recommended the removal of the CFO on July 5 on the basis of his qualification, lack of data sharing and lack of financial planning.

Profit tried to reach out to Nayyar Hayat, now the former PIA CFO, regarding the issue, but no response was received till the time of filing of this report.