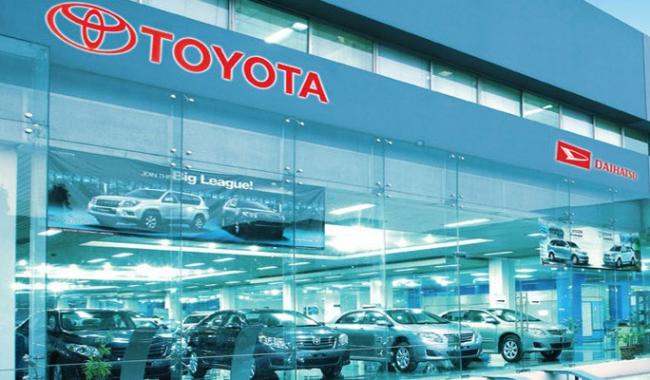 Speaking on the occasion, Matsuda introduced the Global Campaign and the theme of the conference, “Start Your Impossible”. He explained that Toyota doesn’t want to remain a car company but to emerge as a mobility company, one that embraces innovation and challenges. He mentioned the three key components of success in the face of challenges, which include plant improvement, process improvement and product enhancement.He thanked IMC and the Dealers for making Toyota a household brand of Pakistan and concluded on the note of being “One Team, One Toyota”.

IMC Chairman, Ali S Habib, in his address, mentioned that the fiscal year 2017-18witnessed a dramatic transformation in the automobile industry globally and that a glimpse of this transformation can now be seen in Pakistan as well. The company has prepared itself to embrace transformation through capacity enhancement projects and a refreshed and innovative vehicle line-up to excite the market. He established the direction for the coming year as working towards sustainable business growth through collective and integrated efforts.

CEO IMC Ali Asghar Jamali took the wraps off the all-new Toyota Rush. The new CBU will be available at dealerships from 10th September. Two additional HV vehicles, CHR and Prius C (Aqua) have also been added to the product Line-up. The Toyota Corolla spec improvement was also revealed. With the Connect Application, the Corolla is set to become the First Connected Vehicle of Pakistan.

The Best in Nationwide Sales Award was bagged by Toyota Faisalabad Motors and Best of the Best category Award, indicative of the excellent performance in all fields, was won by Toyota Gujranwala Motors.