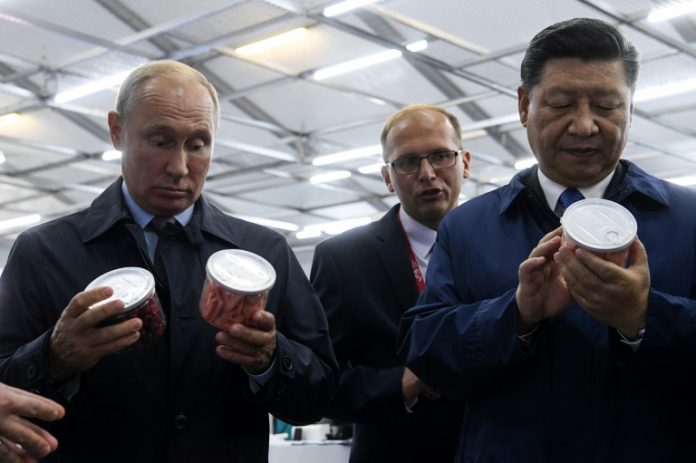 VLADIVOSTOK: Russian President Vladimir Putin on Tuesday said Moscow and Beijing plan to use their own national currencies more often in trade deals as Russia’s relations with the West deteriorate.

“The Russian and Chinese sides confirmed their interest in using national currencies more actively in reciprocal payments,” Putin told journalists during a press briefing with Chinese Leader Xi Jinping after talks at an economic forum in the far eastern Russian city of Vladivostok.

Putin said this would “increase the stability of banks’ servicing of export and import operations while there are ongoing risks on global markets.”

Russia has faced ever harsher sanctions since angering the West and Kiev by annexing Crimea in 2014 and backing separatist rebels in eastern Ukraine.

In recent months the United States has imposed more sanctions over alleged Russian interference in the presidential elections and the poisoning of ex-double agent Sergei Skripal and his daughter in Britain.

Since the latest round of US sanctions and under the threat of further measures, the ruble has dropped sharply in value against the dollar and euro.

The yuan has fallen steadily against the dollar in recent months.

Putin in July said that “political disputes” were “damaging the dollar as the global reserve currency”.

He said that the Chinese yuan was meanwhile “acquiring the qualities” of a reserve currency.