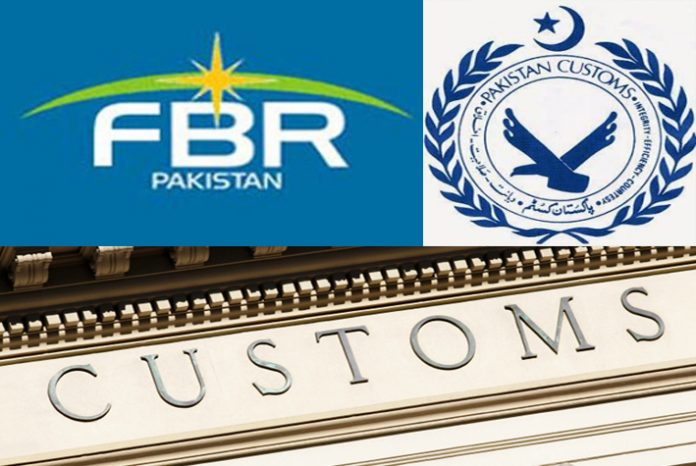 ISLAMABAD: The National Accountability Bureau (NAB) has formally started its investigation against the incumbent Customs Intelligence director general (DG) over the alleged corruption of billions of rupees.

Sources privy to this development told Pakistan Today that the NAB team has completed the preliminary investigation and now its Rawalpindi office has summoned the applicant, Syed Aamir Shabbir, on September 25 for further procedures.

The applicant had provided documents revealing the details of Customs DG Shaukat Ali’s visit to Dubai on his business passport. Shabbir also alleged that the DG was carrying the copies of departmental inquiries pending against him in the Federal Board of Revenue (FBR).

Sources claimed that DG Ali had made several visits to Dubai on passport number DE1791854, and interestingly, he had declared himself a businessman in order to obtain the visa. The government officials have to get a no-objection certificate (NOC) from the department concerned while visiting abroad, but Ali “did not get any NOC” from the tax department, they added.

In addition to this, the complainant in his application claimed that Shaukat Ali created and operated an unlawful “incentive system” at Faisalabad Dry port under which he encouraged the importers/clearing agents to “mis-declare their imported goods” by filing mis-declared Goods Declaration (GD) supported by forged invoices/packing lists.

The Directorate of Post Clearance Audit in 2013 had conducted an inquiry on this matter and revealed duty losses of billions of rupees owing to this “incentive system”, sources said, adding that the high-ups of the tax department had been suppressing the inquiry report for the last five years. In addition to this, tax officials were also suppressing the inquiry and order of federal tax ombudsmen (FTO) since 2013, however, the department had given a contorted compliance report under the FTO’s intense pressure.

The FBR’s preliminary inquiry committee report in its findings stated, “It can be concluded that lower realization/evasion of duty and taxes and same day clearance were the ‘incentives’ which attracted imports to Faisalabad Dryport during Shaukat Ali’s tenure. The possibility of systematic fraud and involvement of senior administration of the collectorate in short realization and evasion of duty and taxes during the period above cannot be ruled out.”

Sources said five years ago, a container of fabrics cleared on September 7, 2012, under Shaukat Ali’s “incentive system” was on its way from Faisalabad to Lahore when ASO Lahore seized it. The fabrics in the container had been declared as ‘textile fabric’, assessed as ‘cotton fabrics’, and, after seizure and re-examination, were found to be ‘polyester’.

It is pertinent to mention that Customs Intelligence employee Amir Shabbir had filed a complaint in April against Shaukat Ali and Mushtaq Sarghana before NAB Chairman Justice (r) Javed Iqbal. He requested the anti-graft body’s chairman to investigate DG Ali and Sarghana, a retired customs employee of grade 16.

The NAB chairman accepted the complaint and appointed Rawalpindi NAB director general as an inquiry officer to carry out further proceedings.

Sources informed that Sarghana was the front-man of DG Ali and was now running independent warehouses. In the process, he had accumulated wealth amounting to millions of rupees.

A number of customs officials had filed petitions against their superiors in Lahore High Court (LHC). The high court had advised the FBR chairman to conduct an inquiry into the matter and submit a report. The sources said that FBR chairman in his report had cleared Shaukat Ali of all charges and found the allegations as baseless, unsubstantiated and frivolous.