Govt hints at removing restrictions on purchase of vehicle, property 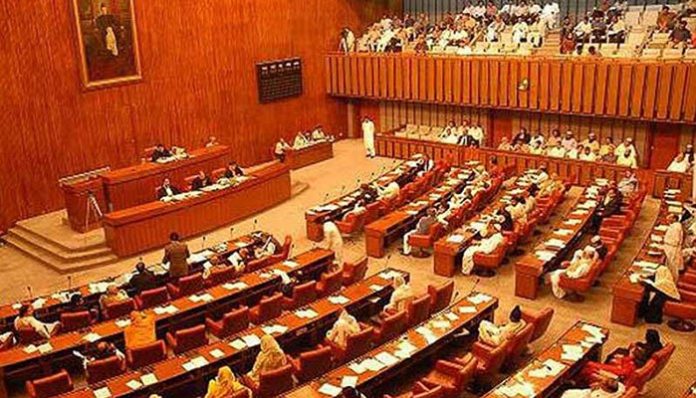 ISLAMABAD: The government may review the removal of conditions imposed on non-filers with regard to purchase of vehicle and property.

Senate’s Standing Committee on Finance and Revenue, which met on Monday, has sought proposals and inputs from members of the committee to review the incumbent government’s decision of removal of restrictions imposed by the previous government.

The committee, which was chaired by Farooq H Naik, observed a heated debate on the issue of removal of the condition on non-filers to purchase vehicles and property.

PML-N Senator Haroon Akhtar said that his government had last year tightened the noose around the non-filers by imposing restrictions. “This made it unjustified for someone purchasing a house worth Rs 5 million without being a tax filer. We had taken the bold step in the interest of the country,” he maintained.

Responding to his objections, Minister of State for Revenue Hamad Azhar said it was unconstitutional to bar someone from purchasing a vehicle or property. “We instead are taking steps to restrict non-filers in other ways. For instance, we are considering a ban on giving commercial connection of electricity to non-filers,” he said.

Federal Board of Revenue (FBR) Chairman Muhammad Jahanzeb Khan said that the matter of allowing purchase of vehicle laid with the provinces. The condition of filers was not workable and it was also hampering economic activities, he added.

Senator Farooq H. Naik later asked the members to give their detail proposals on the matter. He also sought proposals for exempting the purchase of 800CC vehicles and 10-marla houses. He said the interests of overseas Pakistanis should also not be affected by any proposal.

Earlier, State Minister Hammad Azhar informed the committee that his government will be making $8 billion worth repayment of debt during the current financial year despite the grave situation of current account deficit and depleting reserves.

In order to reduce the burden of imports, he said, the amended budget 2018, has imposed taxes to suppress the imports of unnecessary items besides taking measures for increasing revenue collection. The mini budget, he claimed, was introduced to stabilize the economy.

He said the previous government had stated Rs 285 million as surplus in the budget but reality was contrary to the figure, adding that all provinces except Khyber Pakhtunkhwa had to bear the losses. “The Gas Cess and petroleum levy projections were also mentioned wrong.”

Replying to this, Senator Haroon Akhtar of PML-N claimed that the amended budget in no mode was a remedy to the current account deficits. “The new government has not introduced any policy or roadmap to enhance exports. The huge cut in development budget will ultimately slow down the economic growth in the country. By increasing the interest rate, the government will hamper the philosophy of broadening tax base in the country,” he added.