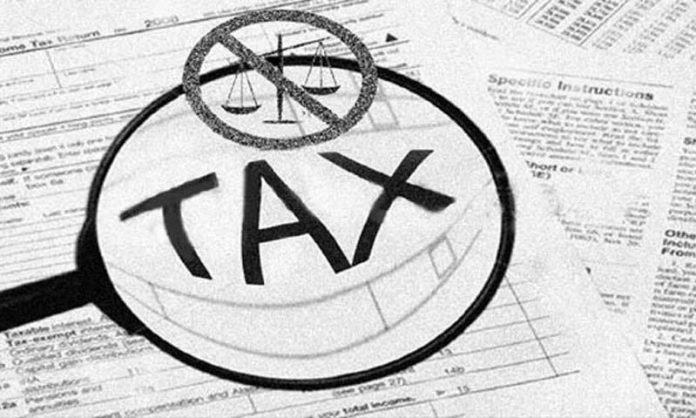 — ‘In the 1st phase, strict action will be taken against 169 tax evaders with a proven trail of large business transactions and financial deals’

ISLAMABAD: The Federal Board of Revenue (FBR) has started a massive drive to recover taxes from influential tax evaders, it was learnt on Tuesday.

“In a drive to widen the tax net and ensure tax compliance across Pakistan, the tax department has launched a crackdown against wealthy and influential tax evaders on the instruction of Finance Minister Asad Umar. The step is taken in line with the government’s plan to widen the tax net and bring in it all those individuals who purchased large properties, over 3,000CC or larger engine cars or received property rent in millions but avoided paying tax or filing tax returns,” stated a handout issued by the tax department.

According to the document, the FBR, in the first phase of the crackdown, would take strict action against 169 tax evaders and non-filers with a proven trail of large business transactions and financial deals. “All the identified tax evaders are being proceeded against for recovery of payable tax, besides being subjected to heavy fines and penalties for failing to fulfill their tax obligations,” it added.

The FBR has also decided to act, in a phased manner, against all those tax evaders who purchased properties worth over Rs20 million, 1800CC or above engine cars, or received rent to the tune of Rs10 million or more in a year but did not file their tax returns.

The document further stated that the drive for the recovery of taxes from these influential tax evaders is being launched across the country without any discrimination.

The FBR has warned the tax evaders to file their returns and pay their taxes within the due date, as the government was committed to reviving the national economy by introducing and promoting a healthy tax culture under which all Pakistanis pay their due taxes and contribute to the socio-economic development of the country.

It is pertinent to mention that the federal cabinet had given the approval to tax department to initiate action against the tax deflators.