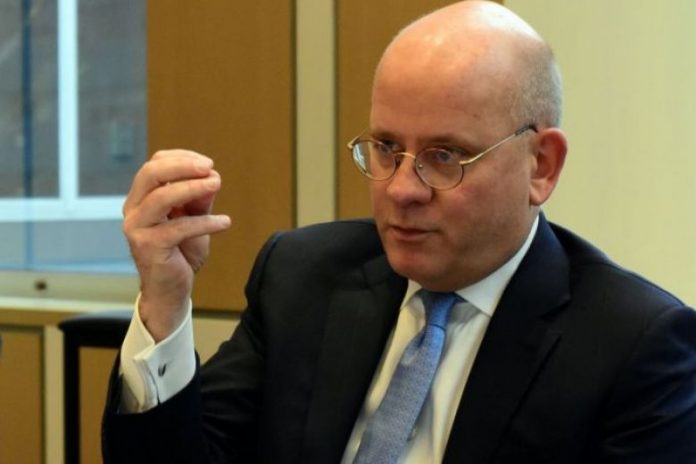 General Electric has ousted Chief Executive Officer John Flannery in a surprise move, replacing him with outsider and board member Larry Culp, and said it would take a roughly $23 billion charge to write off goodwill in its power division, primarily from a large 2015 acquisition.

The struggling energy, health and transportation conglomerate also said it would fall short of its forecast for free cash flow and earnings per share for 2018 due to weakness in its power business, something analysts had expected.

GE shares jumped 7 per cent to close at $12.09 as investors bet that Culp could re-energize the GE brand and more quickly transform its portfolio. The stock was the top percentage gainer on the S&P 500 SPX. The shares had more than halved since Flannery, a three-decade GE veteran, became CEO in August 2017 to replace Jeff Immelt, who had led GE since 2001. With a market capitalization below $100 billion as of Friday, GE was worth less than a fifth of its peak value a generation ago.

GE Power’s falling profits last year forced GE to slash its overall profit outlook and cut its dividend for only the second time since the Great Depression.

GE’s board, meeting in the last few days, unanimously picked Culp as its new CEO. Culp, 55, who was named to GE’s board in February, was CEO of industrial equipment supplier Danaher Corp from 2000 to 2014, helping grow the company into a broader conglomerate through a series of acquisitions, while also growing earnings.