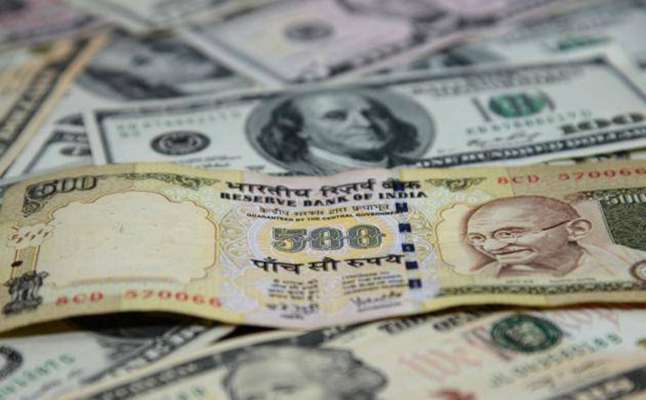 The Indian rupee’s plunge into record-low territory this year is unlikely to slow — even if India’s central bank hikes its rate this week, according to experts carefully watching the Reserve Bank of India.

Analysts largely expect India, Asia’s third-largest economy, to raise its benchmark rate by 25 basis points at its meeting this week, with more increases to come this and next year. But while an interest rate hike would normally be expected to support a currency, the rupee “is in for continued losses ahead,” according to Prakash Sakpal, vice president of research at Dutch bank ING.

“Even if it hikes by 25 (basis points) as expected that’s unlikely to help the currency … The RBI will have to do more, though that looks unlikely on the grounds of on-target inflation and stress in the financial sector,” he said.

Sakpal predicted the central bank will merely match the three US Federal Reserve rate hikes this year without giving the rupee any leeway to gain against the dollar.

The rupee hit a series of record lows against the dollar in the past two months, weakening to about 73 rupees against the greenback. That marked a decline of more than 14 percent since the start of this year, earning it the status of the worst-performing in the region — alongside the Indonesian rupiah and Philippine peso.

India’s currency depreciation has been attributed to rising oil prices — it’s a major crude importer — and a widening current account deficit. Experts say that broader global concerns, which rose to the forefront in the emerging currencies sell-off following economic troubles in Turkey and Argentina, have also weighed on investor sentiment.

Shashank Mendiratta, an economist covering South Asia and India at ANZ, added, “While higher interest rates may help, a single rate hike is unlikely to suffice. It will require a series of rate hikes as has been the case in Indonesia.”

Inflation and the rupee

Experts cautioned that a balance in monetary policy has to be struck, to prevent slowing growth and rising inflation.

Inflation, a key concern for India’s central bank, slipped below the 4 percent target in August. It’s affected by currency movements because if the rupee weakens, then foreign goods would cost more in rupee terms — resulting in an increase in prices.

With oil prices weighing on India, if interest rates are hiked and the rupee strengthens, then the cost of imported oil will be less.

Currently, a 10 per cent rise in global crude oil prices will lift headline inflation figures by between 20 and 30 basis points according to the RBI, DBS Economist Radhika Rao noted. A rupee that has depreciated by around 5 percent could also prop up inflation, by 20 basis points, she said.

“These reasons will provide sufficient justification to the central bank to tighten policy levers in October,” Rao concluded.

But ANZ’s Mendiratta said that the current inflation level will not be sufficiently compelling for the RBI to raise rates.

“Though the combination of higher oil prices and a weak Rupee have raised concerns on the inflation path, the recent soft readings suggest that the RBI can afford to wait and watch. Stabilising the Rupee by raising interest rates does not seem to be high on the agenda,” he told CNBC.

Mendiratta added that a rate hike is also unlikely because government and corporate bond yields are likely to move higher.

ING’s Sakpal cautioned that the central bank has to strike a balance given that he expects India’s growth to moderate from now until 2019. The country’s GDP growth is expected to go past 7 per cent this year, but the downside to raising rates may be a slowdown in economic growth.

“The RBI will have to strike a proper policy balance to prevent slow growth and high inflation trends from intensifying further … Hence, I am not expecting the rupee to budge from its underperforming Asian currency status in the near-term,” he said.