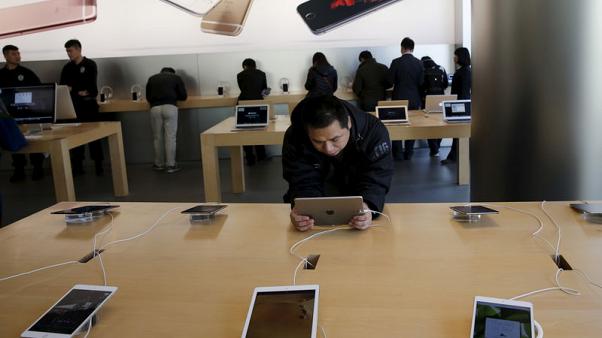 Apple Inc on Tuesday is expected to unveil updates to its Mac computers and iPads that include facial recognition features that have been available in the iPhone lineup at an event in Brooklyn.

Analysts expect a new version of Apple’s iPad Pro, its higher-end tablet computer that competes with the Microsoft Surface, with thinner bezels and more screen space, along with the face unlock system found on Apple’s newer iPhones. They also expect updates to the firm’s Mac lineup such as redesigned MacBook Air, Apple’s $999 entry-level laptop.

Apple introduced new iPhones and Apple Watches last month, but the older product lines accounted for $45 billion in sales in the most recent fiscal quarter. In comparison, iPhones brought in revenue of $141.3 billion.

“They really wanted to show the world they haven’t forgotten about the iPad and the Mac,” said Mika Kitagawa, a senior principal research analyst at Gartner.

In July when Apple reported its most recent quarter, the company had its worst quarter of Mac sales since 2010, with unit volumes down 13 per cent year over year. And iPad unit sales were up only 1 per cent versus a year earlier, and revenue for both was down 5 per cent from the prior year.