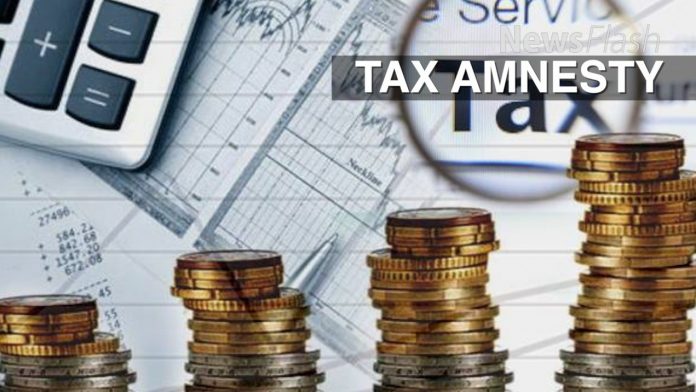 ISLAMABAD: The Federal Board of Revenue (FBR) has declined to grant the benefits of tax amnesty scheme to those hundreds of overseas Pakistan who had declared their foreign assets worth above Rs 155 billion and filed necessary tax, said sources.

Reliable sources informed Pakistan Today that FBR has issued a circular number 07 of 2018 (Income Tax) on 24th October 2018, refusing clearly to accept the tax amnesty scheme for those overseas Pakistanis who had declared their foreign assets worth above Rs 155 billion and filed tax as well, but they failed to file declaration on the web portal of the FBR in due period.

Similarly, FBR, by issuing this circular, has effectively stopped them from availing the benefits of the tax amnesty scheme, said sources.

A copy of Circular No. 07 of 2018 (Income Tax), dated 24th October 2018 available with Pakistan Today, and issued by Revenue Division (FBR) discloses that under sections 5 and 6 of the Voluntary Declaration of Domestic Assets Act, 2018 and Foreign Assets (Declaration and Repatriation) Act, 2018 a declarant was required to make declaration to the Federal Board of Revenue by the due date.

“Any person who paid tax under the aforesaid Acts in their wealth statements under section 116(2) of the Income Tax Ordinance, 2001 as they failed to avail the amnesty schemes under the aforesaid provisions of Acts”, said Circular No. 07 of 2018 (Income Tax), dated 24th October 2018.

And it was learnt from sources that FBR has refused to accept the tax amnesty scheme for those hundreds of overseas Pakistanis who had declared their foreign assets worth above Rs 155 billion.

These overseas Pakistanis had made payments worth approximately Rs 2 billion and 80 crores under the head tax till 31st July under the Foreign Assets Ordinance 2018.

However, they were not given the receipt of their payments on time as delays were made in their issuance, apparently due to a lengthy and complicated process of tax payment of SBP and NBP.

Consequently, these overseas Pakistanis who had declared their foreign assets and filed taxes could not file an online declaration on the web portal of the FBR, said sources.

Financial wizards believed that this is an unjust and unfair act on part of the FBR as overseas Pakistanis while declaring details of their assets had declared their foreign assets as per procedure and necessary rules and regulations.

They added that these overseas Pakistanis filed tax amounts as well but have been unable to avail the benefits of the amnesty scheme.

They believe the FBR should review its decision and withdraw the circular in the better interest of the country and its reputation among overseas Pakistanis.

It is pertinent to mention here that under Income tax amnesty scheme 2018, it was required to declare undisclosed foreign and local assets by payment of taxes up to June 30, 2018, which was extended up to July 31st, 2018.

In case of a foreign declaration, a taxpayer was required to arrange remittance or cheque for the tax amount in foreign exchange in an account of the State Bank of Pakistan maintained by National Bank of Pakistan (NBP) New York, USA.

National Bank New York was required to send this amount to State Bank of Pakistan Karachi. NBP was required to generate tax payment receipt of the tax amount and be issued to the taxpayer for submission of his foreign asset’s declaration to FBR online portal.

The sources further said that due to a lengthy and complicated process of tax payment, in some cases, payments were debited from taxpayer account within due date i.e. before July 31, 20,18 but tax payment receipt was issued after due dates by the National Bank of Pakistan Karachi.

Ultimately, the tax payer couldn’t succeed in submitting his/her declaration within due date due to the late receipt of tax payment challan issued by National Bank of Pakistan Karachi.

The FBR has issued Circular No. 07 of 2018 dated 24th October 2018 procedure for taking credit of tax paid under amnesty act 2018. Through this circular whose declaration was not filed within due date of amnesty scheme 2018.

When the taxpayer’s bank account was debited within due date the funds were stand transferred to FBR account and it should acknowledge that payment in amnesty scheme 2018 because the procedural delay was on account of the federal government beyond from the access of taxpayer, said sources.

Despite repeated attempts via telephone calls and sending text message on his cell phone and on Whatsapp, FBR spokesman, Dr Muhammad Iqbal preferred not to respond over the sent queries.

All efforts remained in vain as he did not respond to this scribe over few questions till the filing of this story.

Questions put forward for an official response from Dr Iqbal, spokesman of FBR, included,” Is it fair for FBR to pass on the burden to those overseas Pakistanis who had declared foreign assets and filed tax when the board’s job is to facilitate the tax filers?

Another question was FBR has issue a circular dated 24th October 2018 and had refused to give amnesty scheme to those overseas Pakistan who had filed tax in time but failed to file a declaration on the web portal of the FBR apparently due to a lengthy and complicated process devised by SBP and NBP.

Also, the FBR spokesman was asked to respond on the question that will FBR ever consider reviewing its decision in this regard and will it withdraw the circular that had stopped the hundreds of overseas Pakistan from availing the tax amnesty scheme despite declaring foreign assets worth more than Rs 155billion approximately?