PSX manages to close in green despite countrywide protests 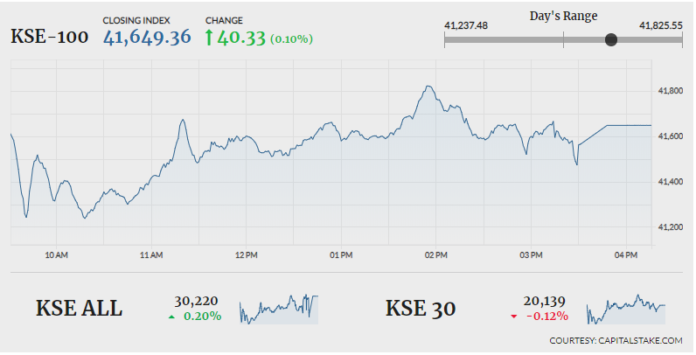 KARACHI: Despite taking several dips following the Supreme Court’s judgement, the Pakistan Stock Exchange managed to close the session on Wednesday in green with small gains. The Supreme Court had acquitted Aasia Bibi in a blasphemy case which led to protests across the country.

The PSX on its road to recovery gained 15 per cent from its 52-week low. Foreign investors ended as net buyers on Tuesday (with a net inflow of $1.44 million), a rare sight as they have been net sellers for each trading session this year.

Atlas Honda Limited (ATLH +0.00 per cent) declared its financial results for the second quarter of 2018. An interim dividend of Rs10 was announced by the company. Sales declined by a minor 1.02 per cent YoY while the earnings per share depreciated from Rs11.04 in the same period last year to Rs7.22.

Loads Limited (LOADS -2.07 per cent) released its financial performance for the first quarter of Financial Year 2018-19 (1QFY19). The company’s sales appreciated by a massive 36 per cent YoY. On the other hand, the earnings per share declined from Rs0.57 in same period last year to Rs0.40.